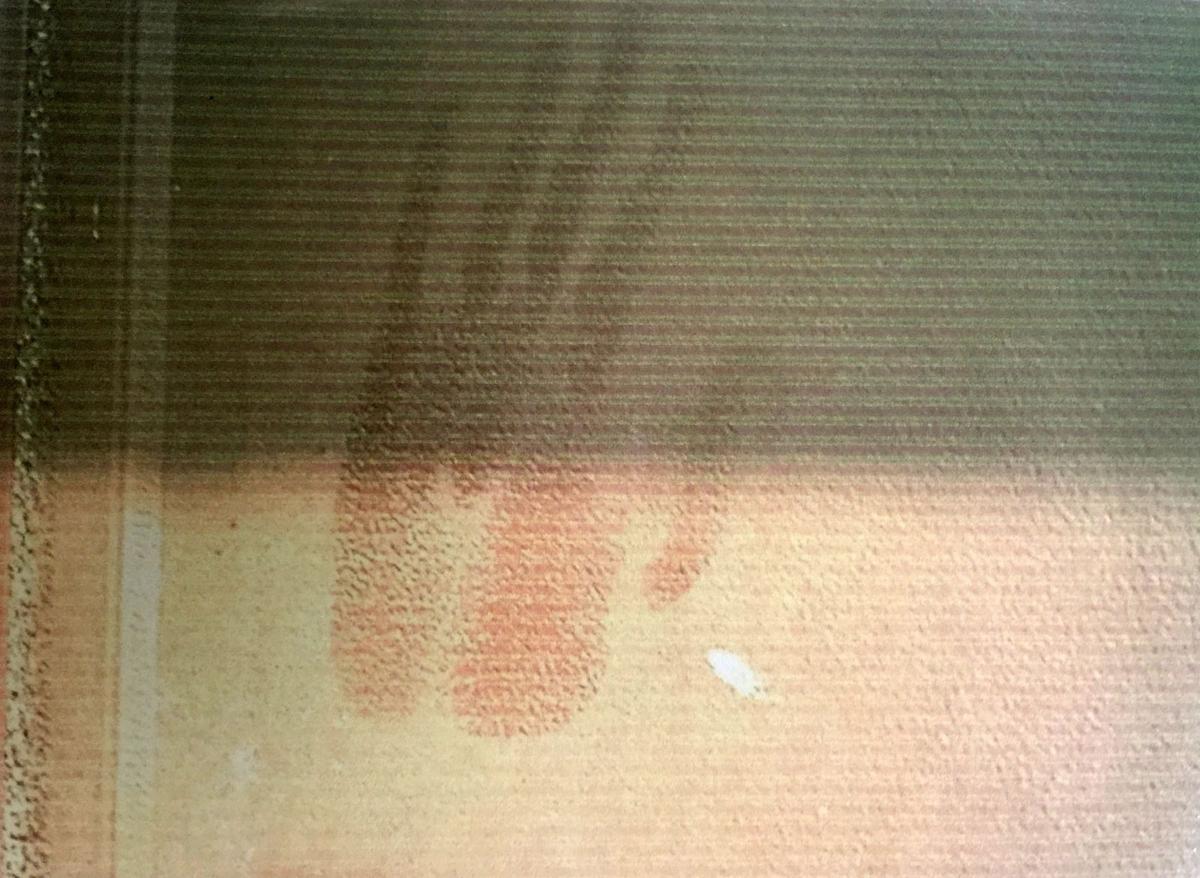 A photograph of a handprint believed by some to have been left by a Bigfoot at a residence north of Salem. The handprint discovery was just one of many strange occurrences which reportedly took place at the location. 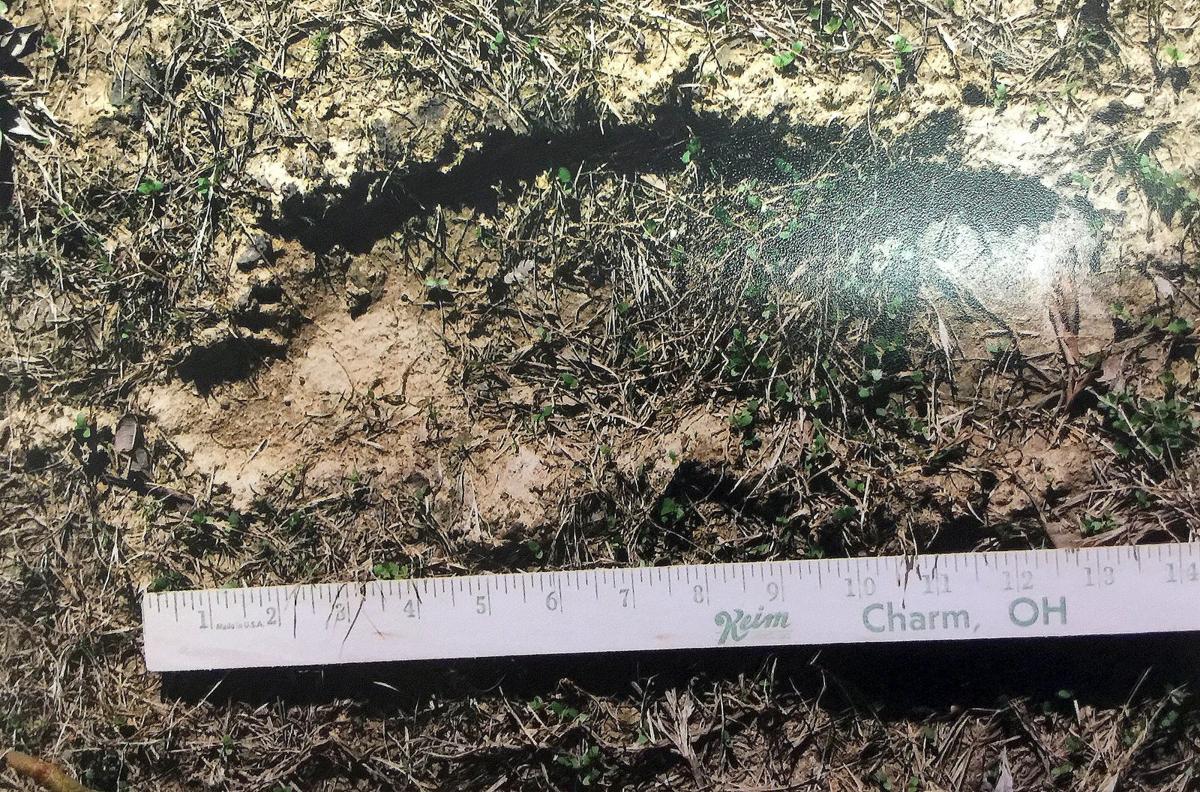 Throughout the forests, crags and caves of the Ozarks a legend has been whispered among those brave enough to reside in Missouri’s vast southern expanse. For centuries, it’s been said something strange lives in the wilderness, something which our modern world struggles to explain. Today, that legend is spreading beyond the traditional confines of the bonfire, and local residents are speaking out that Bigfoot may call our countryside home.

“I know Bigfoot is out in the woods because I’ve seen him with my own eyes,” says local resident David Prater of Salem. “You likely won’t see one unless you’re on horseback, and you’re willing to ride all day through forest, but you’ll find them if you’re patient enough.”

Prater is one of Dent County’s most senior Bigfoot trackers. He cut his teeth hunting the creature on horseback in the 1970s in the area around his native Round Spring. Prater says growing up in Shannon County, the mysterious beast was called “The Blue Man of the Mountains.”

The closest Prater says he ever came to the Blue Man was in the vicinity of Big Creek southwest of Bunker.

“Back in the ‘70s I used to track Bigfoot on horseback,” Prater says. “One day I came across one along the creek bank. It was squeezing a hedge apple in its hand and letting the juice run down its face. They’re that strong. I gave chase, but it ran into a large nearby sinkhole where I think a couple more were hiding. My horse was too scared and there was a strong foul odor emitting from the hole, so I didn’t go in to see for myself.”

Prater says he can affirm that in the sunlight a bluish hue appears as a halo around its short, dark curly hair. He also says that in his experience, the Shannon County Bigfoot tends to shadow the movements of the wild horses in the area.

“I think they use the horses as sounders, so if something startles the horses they will know there’s trouble and take off into the woods, too,” Prater says.

Stories like Prater’s are not unique for Salem's Dr. Emmett Reary.

“I am a skeptic by nature. What I am interested in are what the facts are,” Reary says. “Once you start looking into things like this, you cannot believe the amount of evidence you start to come across.”

“I wrote an article in the paper asking anyone who’d seen a mountain lion to contact me. Well, what happened is I started getting more calls from people saying they’d seen Bigfoot,” Reary says.

Since he began documenting these Bigfoot sightings, Reary says he’s recorded more than 100 cases in this region of the Ozarks.

“The Mark Twain National Forest is a very active area, especially around Bunker and Boss, there seems to be a lot of sightings coming from that area,” Reary says.

Ten Hochman: The Cardinals’ Paul Goldschmidt, like a 3-point shooter on NBA Jam: ‘He’s heating up!’

Goold: Examining those internal discussions about Albert Pujols - among the Cardinals front office and among the fans

During his investigations, Reary says he’s found Bigfoot tracks as well as deer blinds allegedly used by the beast to hunt, and what appear to be ground shelters made of crossed boughs with long grass stacked on top.

One of the most noteworthy occurrences Reary says he recorded took place outside of Bunker on forested private property.

The Bigfoot encounters began at that location after the property owner found a recently slain deer with its head wedged into the fork of a tree 15 feet off the ground during a tour of his land via an all-terrain vehicle. Upon finding the odd sight, the discoverer went to retrieve a camera and his wife, only to return and spot that the deer was now missing.

The suspended deer carcass was a harbinger of things to come.

The property’s ATV trails soon began to be blocked by large logs which required tractors to move. Strange sounds then started coming from the woods, and rocks could to be heard at night hitting the metal roof of the home, Reary says.

During a subsequent visit to the property, two teenage grandchildren claimed they were chased by a Bigfoot while riding around on ATVs. Another visitor also said they saw a Bigfoot while weed eating, describing the creature as at least seven feet tall.

“A common situation I hear is someone moving into an area where a home or trailer wasn’t before and something in the woods responding to their presence,” Reary says.

In a separate case closer to Salem, Reary says he was contacted by a rural property owner living north of Salem who began hearing knocks on his house after dark. Soon after, wooden 4X4s cemented into the ground were found broken in half, and a metal pipe clothes line was found bent by an unexplained incredible force.

In one of the most significant instances, large handprints were discovered one morning on the homeowner’s garage door.

After investigating the scene, Reary found a logging operation was taking place not far from the strange occurrences. Reary also talked to neighboring property owners who reported seeing a dark figure in the woods, and smelling foul odors from unknown sources. Photographs of the handprints were then sent by Reary to be examined by a number of experts, including a twice published Bigfoot researcher. They reported the prints elongated fingers indicated it was a Bigfoot of the southern variety as opposed to the short-fingered northerners.

“The Missouri Ozarks is a mysterious place, a lot of odd stuff happens here. It just might be that the world we see is not the world as it really is,” Reary says. “The truth is out there, and we just have to keep searching for it and following the evidence.”

Despite what reads as scary details, Reary says he does not believe residents are in any danger.

“In all the cases I’ve documented I have never talked to someone who was attacked or felt like their lives were threatened,” Reary says. “I think there’s something out there which is just as curious about us as we are of them.”