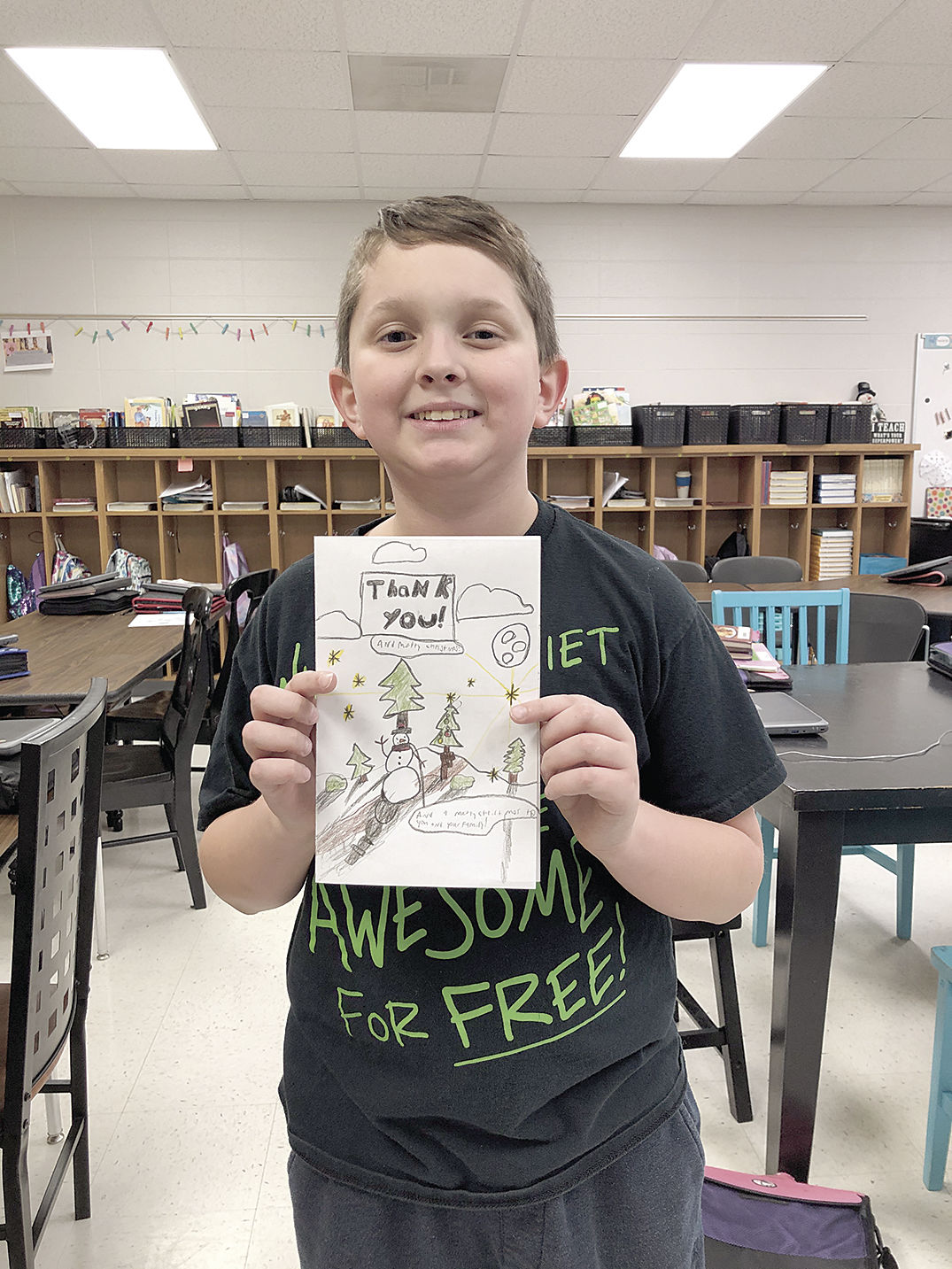 Wyatt Gearhart and his card from Mrs. Letchworth's classroom. 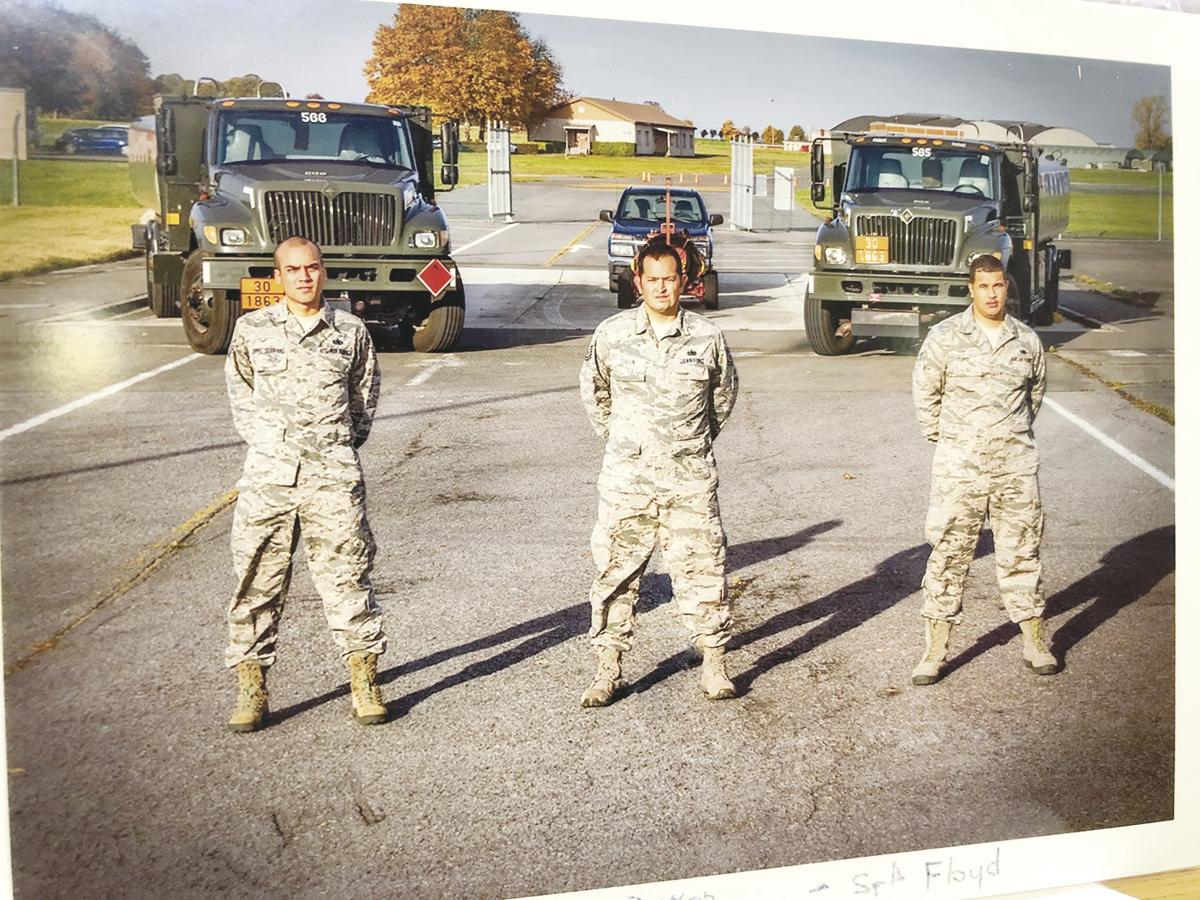 Wyatt Gearhart and his card from Mrs. Letchworth's classroom.

To fully understand the scope of the project, let’s start at the beginning.

About five or six years ago a card project began after Salem UE teacher Krystal Sims found it on an online site she follows. In her resource room, students sent a plea for cards from each state in the United States. Cards have poured in over the years. Some are a simple post card, others include a little snippet about the area they are from, or include a letter from the sender. As 2019 closed, Sims’ class received 175 cards from eight counties, 48 states, and one from Washington, D.C. Sims said her students always love seeing the different cards arrive.

Sims usually shares a post on Facebook asking for friends to share and urges them to send a card if their state has not been represented.

April Counts shared the post, and service member Daisaku Dixon responded. Dixon is stationed in Belgium with the 424th Air Base Squadron. He joined the Air Force in Sept. of 2000. His service has taken him into Texas, Arizona, Saudi Arabia, Turkey, and other countries. The response was unusually special because Dixon grew up near Eminence and has several family members in the Salem area. He and his company sent candies, cookies and notes to the SUE students. Sims thought the gesture was nice, and asked other classes to join in writing back to Dixon.

Aubrey Letchworth’s English classes used the letters as a writing project. Over 80 students in fifth grade created a rough draft, then a final draft on a Christmas card, including artwork for Dixon and company.

“We told about ourselves and what we were doing. I included a picture of me with my deer from deer season,” said student Dalli Johnson.

“It was lots of work to write the letter, and then rewrite it in the card,” said student Wayne Skidmore. “I decorated mine with Santa, a reindeer and tree,” he said.

Both students said they enjoyed writing a service member in class and would happily participate again.

Projects like this are special to Letchworth. She has led students through a similar project around Veterans Day over the past four years. Her brother, Daniel Birdsong, has been an active service member for almost 20 years.

Her students used FlipGrid, an online video database, to record mini videos to send to Birdsong thanking him for his service. The project includes research on the Iraq War, learning about experiences from Birdsong and writing a script for their personal video. Students could share if anyone from their family has served or is currently serving.

Letchworth fondly remembers her own letter to a service member in fourth grade. Melody Fortner’s class wrote soldiers in Desert Storm, as students often did in the early 90s. She has the letter and shared it with students at the beginning of the project.

While the cards and letters provide a learning experience and nice gesture for students toward others, the service members who receive them are impacted the most. Dixon shared a heartfelt thank you for the fifth grade students who wrote his company.

“I sit here in the post office parking lot,” he wrote. “With a stuffed full envelope of letters from each child my shop sent Belgian candy and treats to, my eyes are watering from their amazing writing and especially supportive things they have to say. It is obviously a true indication as these letters simply put, go out to all the service members and to include their spouses and kids too. It’s a sacrifice we all choose to make either as the service member or the spouse of said service member. A large shout-out to the class for their unparalleled support they have shown for all their service members. You kids all pulled my heartstrings with your art talents, creativity, and great writing skills, that I’m assuming are all due to the thankful teachers that support and teach each one of you and only want to see you all succeed in the school year and more so in life. This is my last Christmas as an Active Service Member and these are one of the things I’ll sorely miss, but I can smile because I know there’s more generations behind me that need this same support from each and every one of you.”

Dixon plans to retire in October of this year and enjoy hunting time with his father, Pete Dixon, and spend holiday time with his sister, Erica, and mother Joanne Banks.

“I just want to enjoy life now that I’ve been gone for 20 years and sacrificed being away from so many loved ones and family,” said Dixon.