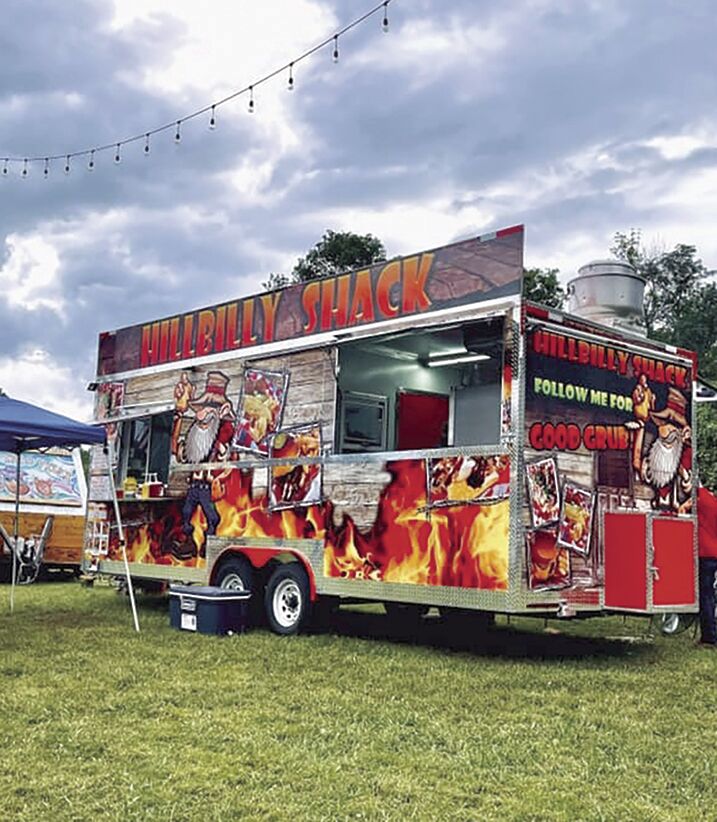 Donna and Donnie Gray have traveled thousands of miles in the Hillbilly Shack trailer serving thousands of happy customers. 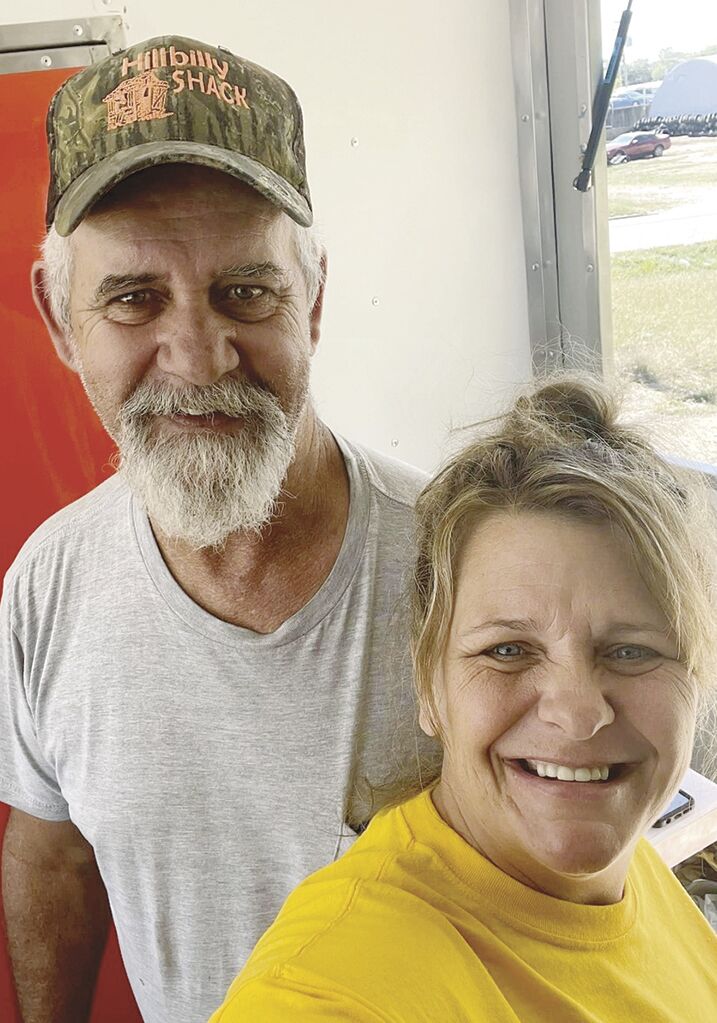 Attending events is part of the weekly life of the Gray family, from March through October. 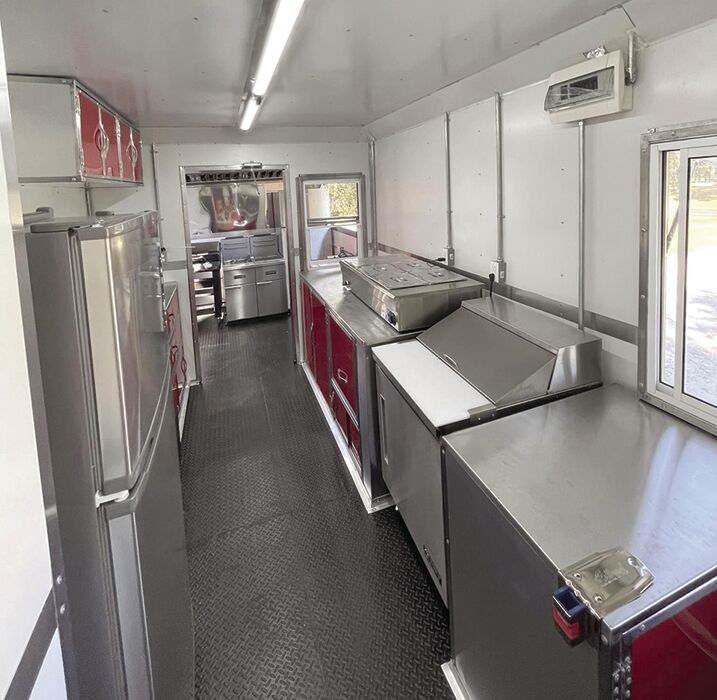 The new trailer offers room for a crew of three to six people.

Donna and Donnie Gray have traveled thousands of miles in the Hillbilly Shack trailer serving thousands of happy customers.

Attending events is part of the weekly life of the Gray family, from March through October.

The new trailer offers room for a crew of three to six people.

Hillbilly Shack started with a canopy on the grounds of Dent County Commons over the Fourth of July holiday in 2016. At that time, Donnie and Donna Gray were running a restaurant outside Salem, The Lumberyard. Serving catfish and fried pickles, the Grays along with several employees of the restaurant attended a couple more events and saw success.

That fall the Little Red Wagon was outfitted as a food truck and hit the road to fairs in Cuba, Warsaw, Rolla and more. The Lumberyard was closed in December of 2016 as the food truck became a full-time job.

As the success of the food truck continued, the Grays built the Hillbilly Shack in 2018 and later Hillbilly Shack 2, and used both at various events until 2020. A new and improved Hillbilly Shack was purchased to broaden the events the crew is able to handle. Looking forward, the shack will attend large state fairs and events that will operate for 10 times the number of people at the smaller fairs they have been serving. An application process is held by national events for vendors. You must provide credit references, photos, event references and more to apply.

The shack feeds around 400-600 people per day at a large event. The new trailer allows for three to six people to work comfortably. There are four main positions, including the window, order taking and delivery; topper, who tops the burgers or nachos etc.; boater, who places the item in the tray or plate; and a fryer who assists with moving items from the grill.

The food truck is much more than showing up for events and serving satisfied customers. A typical week starts with an order from US Foods on Monday; order delivery on Tuesday; preparation of the trailer and food on Wednesday – including gassing the truck, filling propane tanks, stocking the fridge and more – and heading out Thursday for weekend events that might mean cooking Thursday, Friday and Saturday. Sunday is clean up time and preparing for another round of the same the following week. About 90 percent of shack items are ordered locally from US Foods, and the remainder is purchased from Country Mart when possible. The truck is delivered to the Gray’s home each week.

The menu items have changed over time to include pulled pork nachos, a variety of burgers, hillbilly fries and more. The trailer and crew attend about 36-39 events per year, with the busiest season being March through October. Two other crew members usually attend with Donna and Donnie. In winter months, Hillbilly Shack does more pop-up events in Salem and surrounding areas for lunch-time openings. Most events are fairs, and more recently truck and SXS (side-by-side) events in Missouri.

When parking in Salem, Hillbilly Shack is off of Highway 19 near Hubbs Tire. The owner of the lot is currently installing four, 50 amp plugs so other food trucks can use the space as well.

With the long hours and happy customers, Donna and Donnie – along with family members who assist when needed – look forward to serving more people as their reach continues to grow from Missouri to other states.