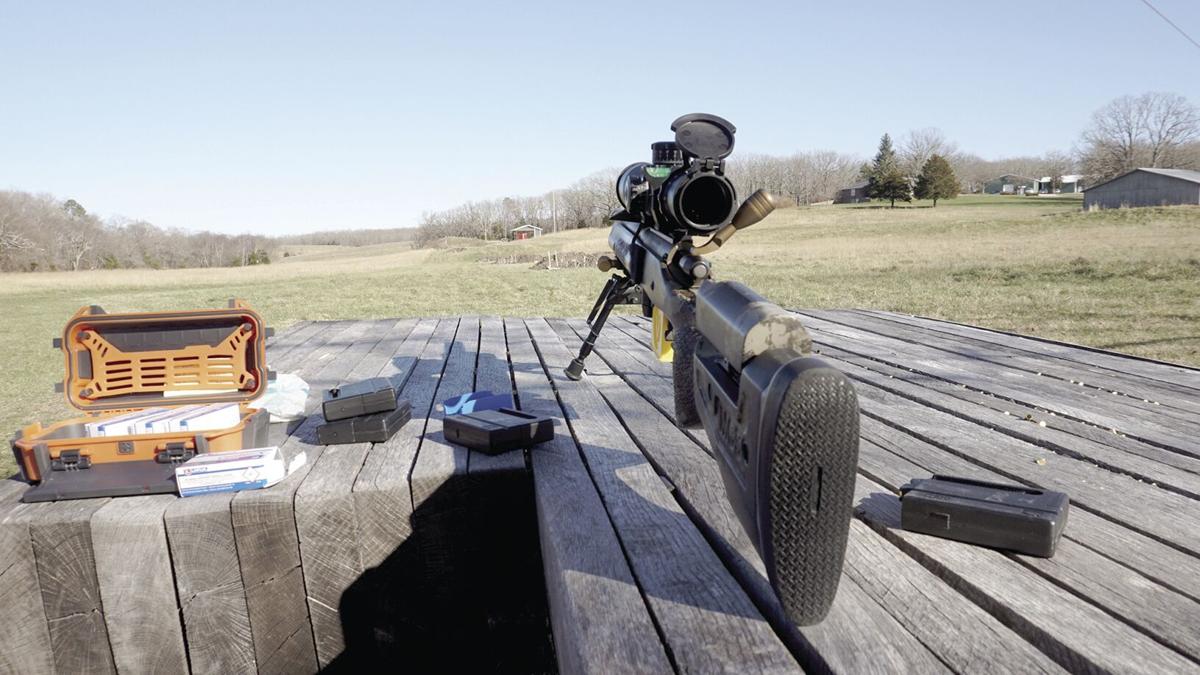 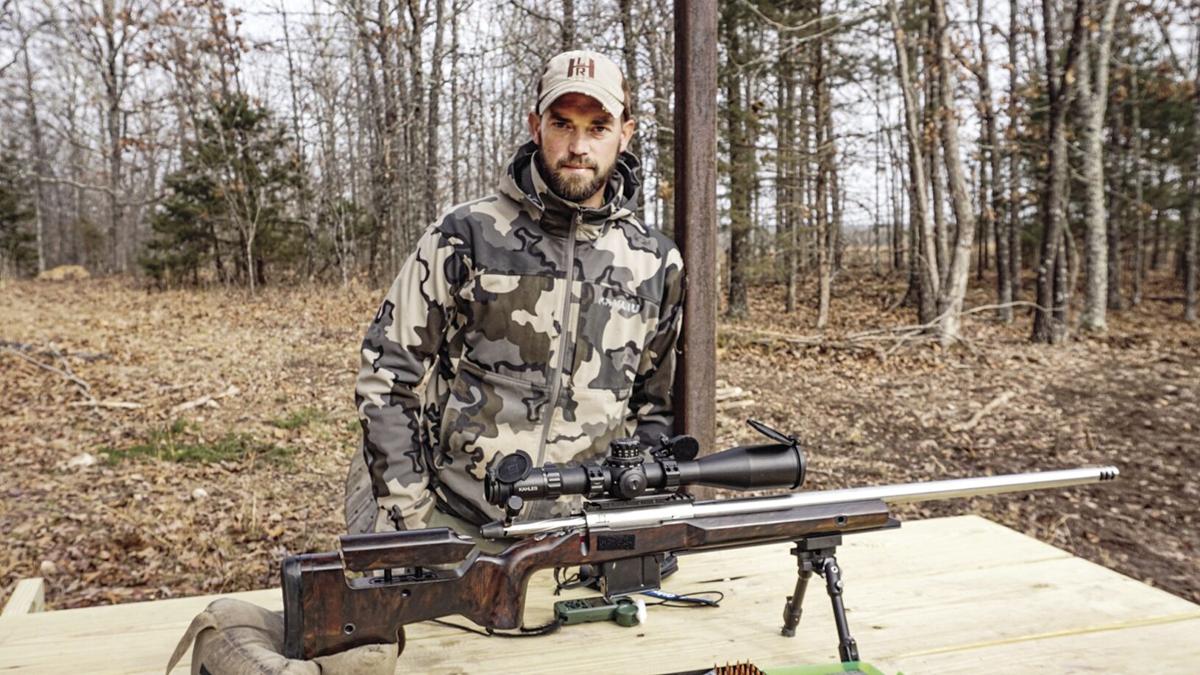 Caleb Gidcumb talking about shooting sports at his private range. 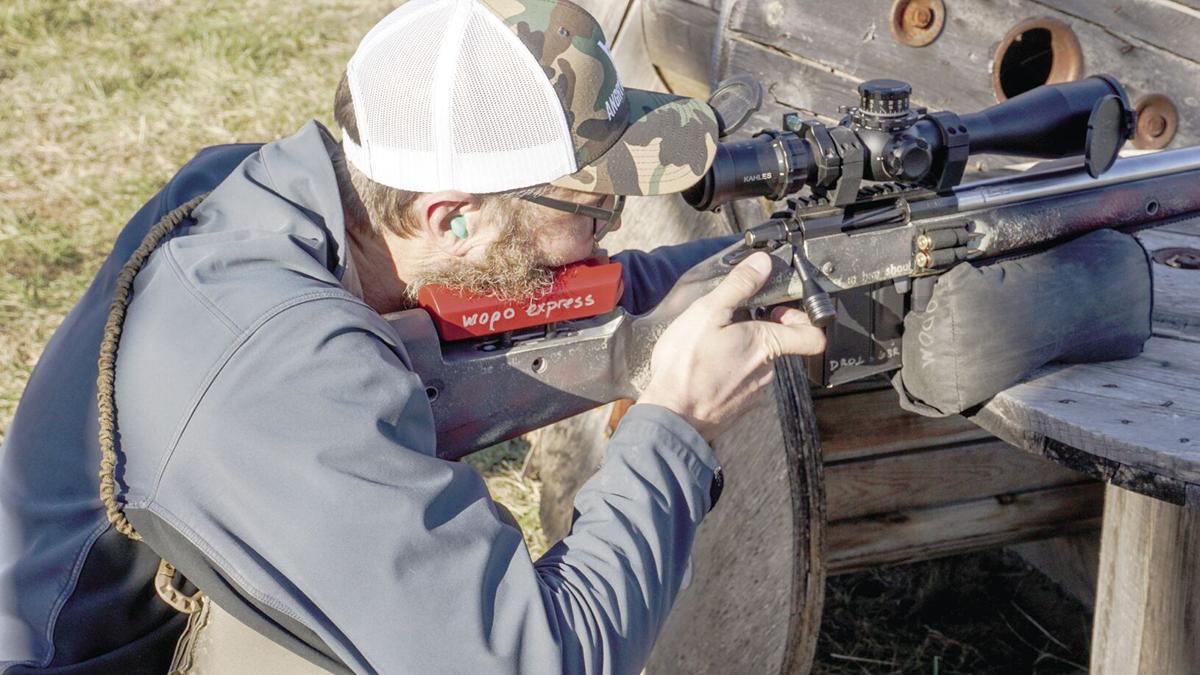 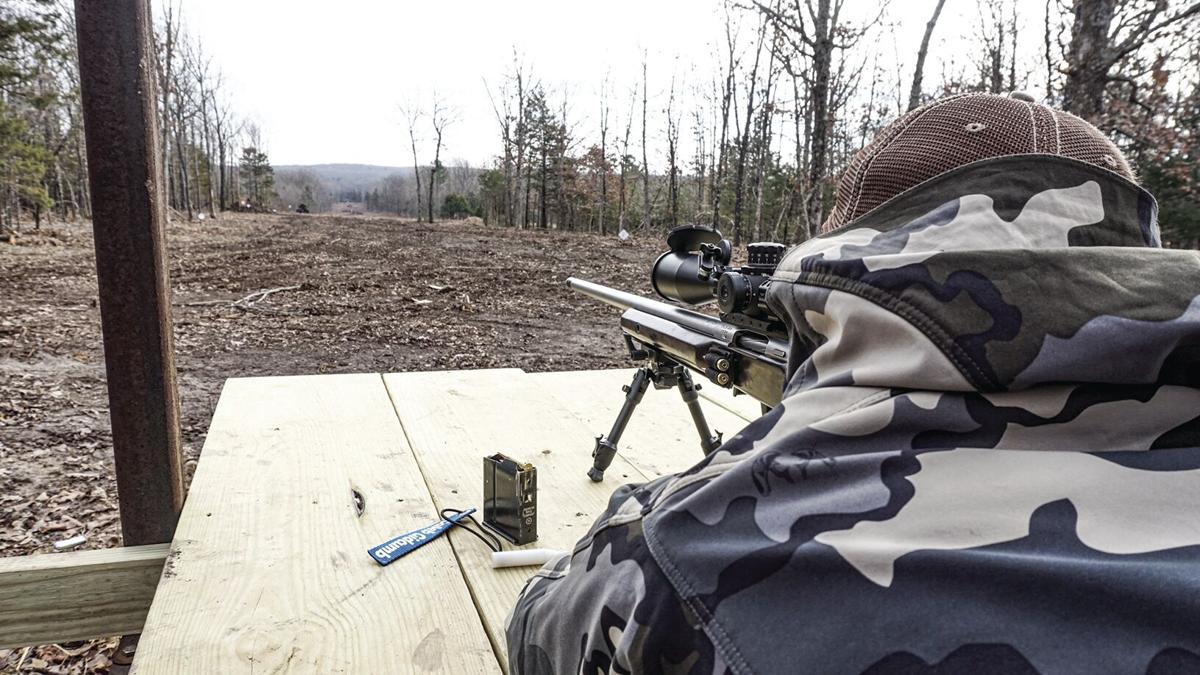 Caleb Gidcumb firing his rifle from the prone position. 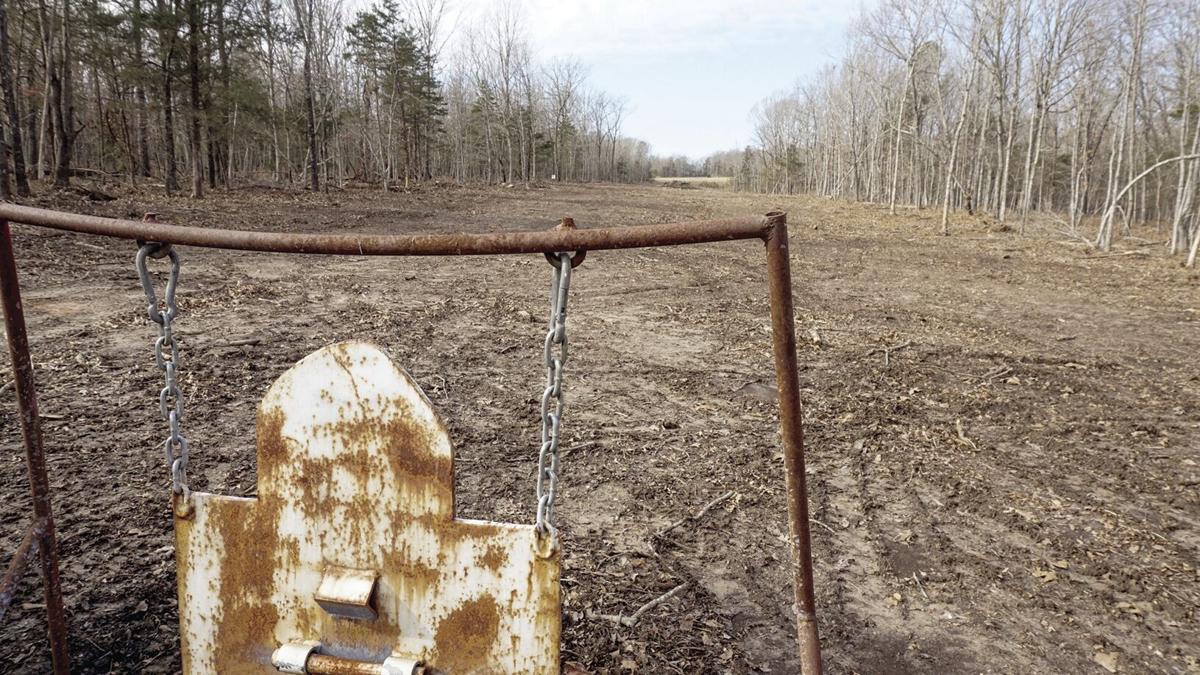 Steel at 905 yards, the small clearing in the distance is the firing position.

Caleb Gidcumb talking about shooting sports at his private range.

Caleb Gidcumb firing his rifle from the prone position.

Steel at 905 yards, the small clearing in the distance is the firing position.

Guns have been the target of much debate in our country for many years now. Some people continue advocating for more and more regulation in order to improve safety of all Americans, others argue that such regulations encroach upon each American's Second Amendment rights, and such a transgression inherently compromises the safety of all Americans. Regardless of your stance on this loaded topic, long-range shooting is a precision sport that in some ways operates as a successor to a tradition of gun-loving citizens dating back to the founders of our nation.

"Guns are part of what makes us Americans. Our country was founded by people with guns who stood up to other people with guns," said Dave Odom, a Salem resident who shoots competitively and who owns a machining company that specializes in manufacturing gun components. "I think it's great to have that kind of connection to history," said Odom.

He believes that learning to be proficient with a firearm is a fundamentally patriotic act for every American, which is part of why he is so involved in shooting sports.

Odom and Caleb Gidcumb, another Salem resident, form one of the best long-range shooting clubs in the state.

Odom believes that shooting sports are for everyone. In addition to competing and machining, Odom is the Director of Missouri Steel Tactical rimfire (MOST rimfire), a group devoted to organizing shooting competitions in Missouri. While visiting with Odom on his private gun-range I asked him if he loves shooting guns. Odom laughed and glanced around at his plethora of long-range shooting gear and the hundreds of yards he had devoted to practicing shooting behind his shop that manufactures fire-arm components. "I guess you could say that," Odom grinned.

Anyone who has ever talked to Dave Odom about guns knows his enthusiasm for shooting is infectious. I found myself almost forgetting that I was there to write a story because I was completely engrossed by his fast-talking step-by-step instructions of safety and skill techniques of how best to fire the weapon before he allowed me to fire both his rimfire rifle and his centerfire rifle in turn. I'm not someone with a lot of experience with firearms (although I did shoot a deer once) but Odom is adamant that any time is a good time to start learning. I was pleased to find out that with his tutoring, I'm a decent shot. Odom said, "I didn't even fire a gun until I was 24 or 25." Odom started shooting around the time he began machining about 15 years ago.

"I sort of went down the rabbit-hole," Odom said. He started with handguns and over time transitioned to long-range shooting

Odom explained that when he first got into shooting sports the gun community rose up around him, encouraging him, giving him advice and even sharing equipment at times – a practice he carries on. Odom keeps an additional rimfire rifle for new long-range shooters to borrow at competitions and it is evident that he is eager share his vast wealth of shooting wisdom.

Like any sport, there are different categories for competing. Long-range shooting has two main categories: rimfire and centerfire. Both have their advantages and vary a bit in technique and equipment; however, they both hold to the same basics.

The have to consider a litany of factors. To list a few: the weight of the bullet, spindrift (an effect caused by the rotation of the bullet), air pressure, altitude, humidity, barrel temperature, mirage and the angle to the target up or down hill. Shooters also have to think about the Coriolis effect, which is a distortion effect caused by the earth’s rotation. That’s right they’re shooting so far that they have to account for curvature of the earth.

There are two major disciplines of long-range shooting, centerfire and rimfire. Rimfire utilizes a .22 caliber rimfire rifle, which is a lower caliber round, which means a quieter shot and next to no felt recoil when you fire, but a shorter range than a centerfire rifle. A 600-yard shot with a rimfire rifle is an exceptionally long shot, but the distances typically range anywhere from twenty to three hundred yards. Whereas centerfire competition utilizes a high-power centerfire rifle with calibers typically 6mm or larger. Not to mention at some center fire competitions the closest target is a 400-yard shot and can range up to 1400 yards or greater. However, centerfire rifles have a much bigger bang and more powerful punch with their felt recoil, some of which can be partially mitigated by installing a muzzle brake and/or a silencer. However, as Caleb Gidcumb pointed out to me that is exactly what James Bond movies portray as a silencer. The guns are still quite loud and hearing protection is a must. Gidcumb is another long-range shooting competitor of Dent County with a great enthusiasm for guns, he won the 2018 centerfire MOST club series, which is one of the biggest long-range shooter clubs in the U.S. “It started with maybe 20 guys on a Saturday,” Gidcumb said. “And now it’s nothing to have 60 guys at an event, 80 on opening day.

Gidcumb has been shooting guns all of his life, but only started shooting competitions a few years ago. Long-range shooting is not usually a team sport, but according to both Odom and Gidcumb - sportsmanship is important. The two of them actually compete in a category that is an exception to the not-a-team sport rule. Last year, together, they won the 2019 Bushnell Sniper Challenge (Trooper Division) in North Carolina. An event that includes rucking (hiking with a heavy pack) more than 30 miles in a three-day long event that includes multiple challenges for both long-range rifles and handguns. Odom and Gidcumb are currently training to compete in another sniper challenge the Mammoth Sniper Challenge in Georgia 2021, which is considered the most difficult sniper challenge in the country.

Gidcumb said that sometimes people rib him saying, “You pay to do that?”

“I like doing it, training for that event is a great way to stay in shape,” Gidcumb said.

One of Odom's biggest goals as the director of MOST rimfire is to get people excited about and interested in shooting sports. "Competitions are a safe environment where you can become a better shooter," Odom said. He believes that the long-range shooting community is one worth working hard to expand. Odom participated in the MOST rimfire club series finale on Saturday, where Odom took fourth place for the match, and won first place in the rimfire category for the 2020 season. Almost 90 people participated in Saturday's competition hosted at Gadsden Shooting Center in Iberia.

If you’re interested in getting involved in long-range competitions or want to learn more about the sport you can find Missouri Steel Tactical on Facebook.