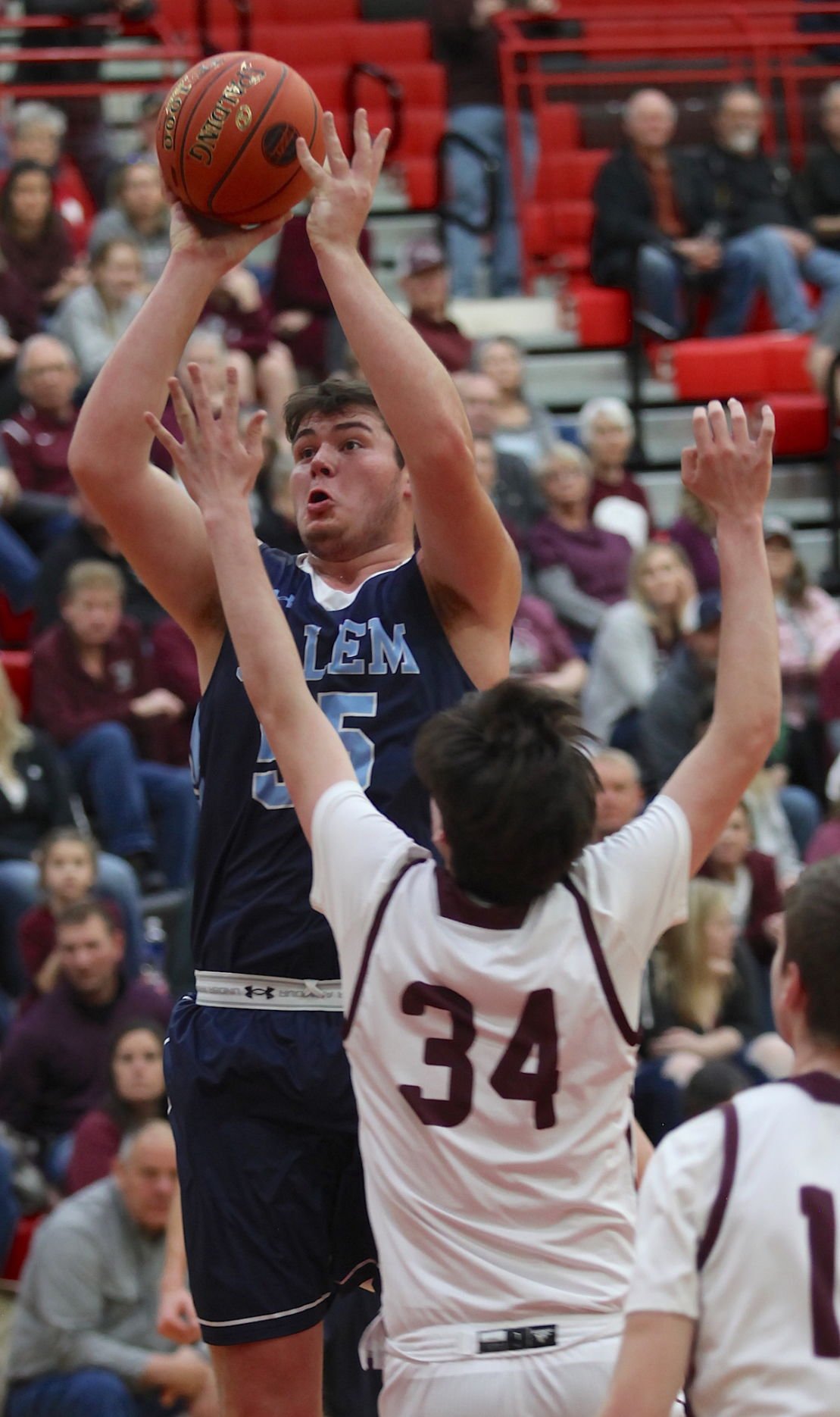 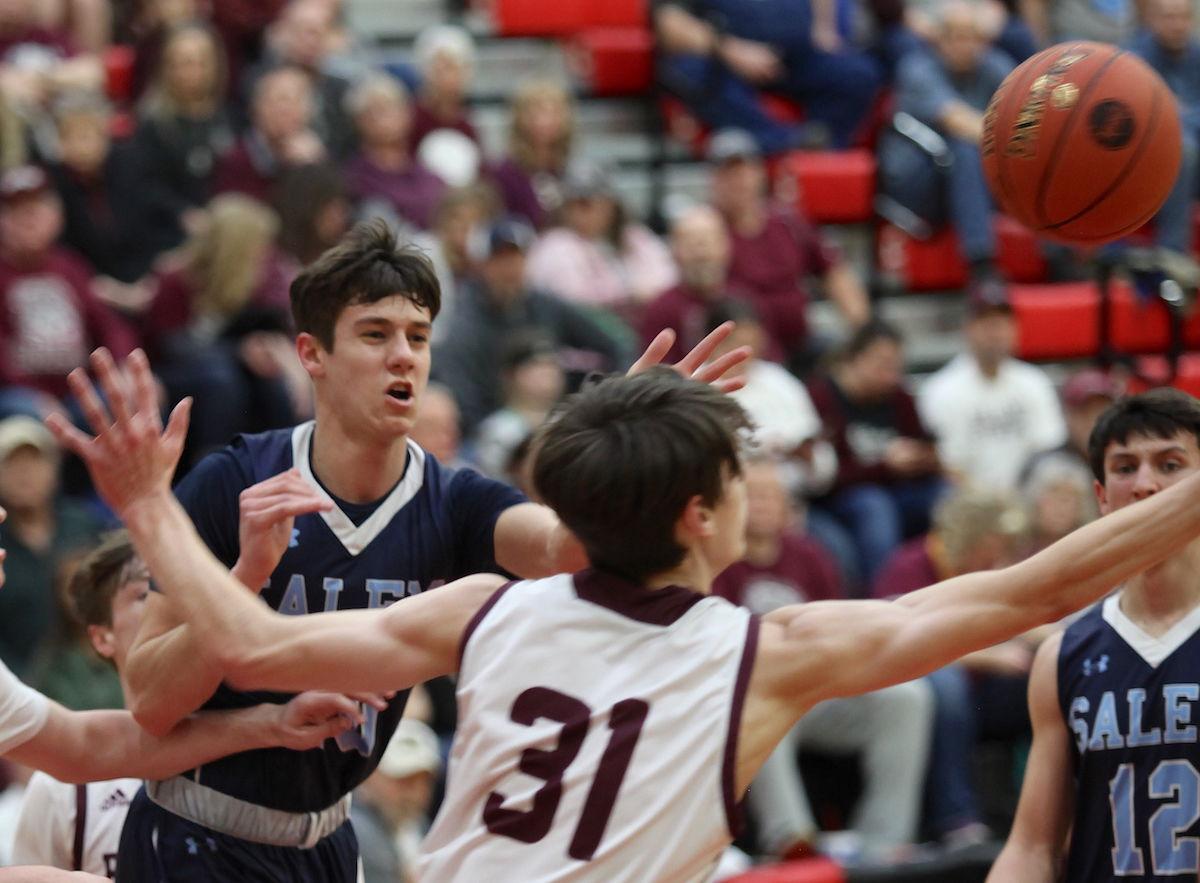 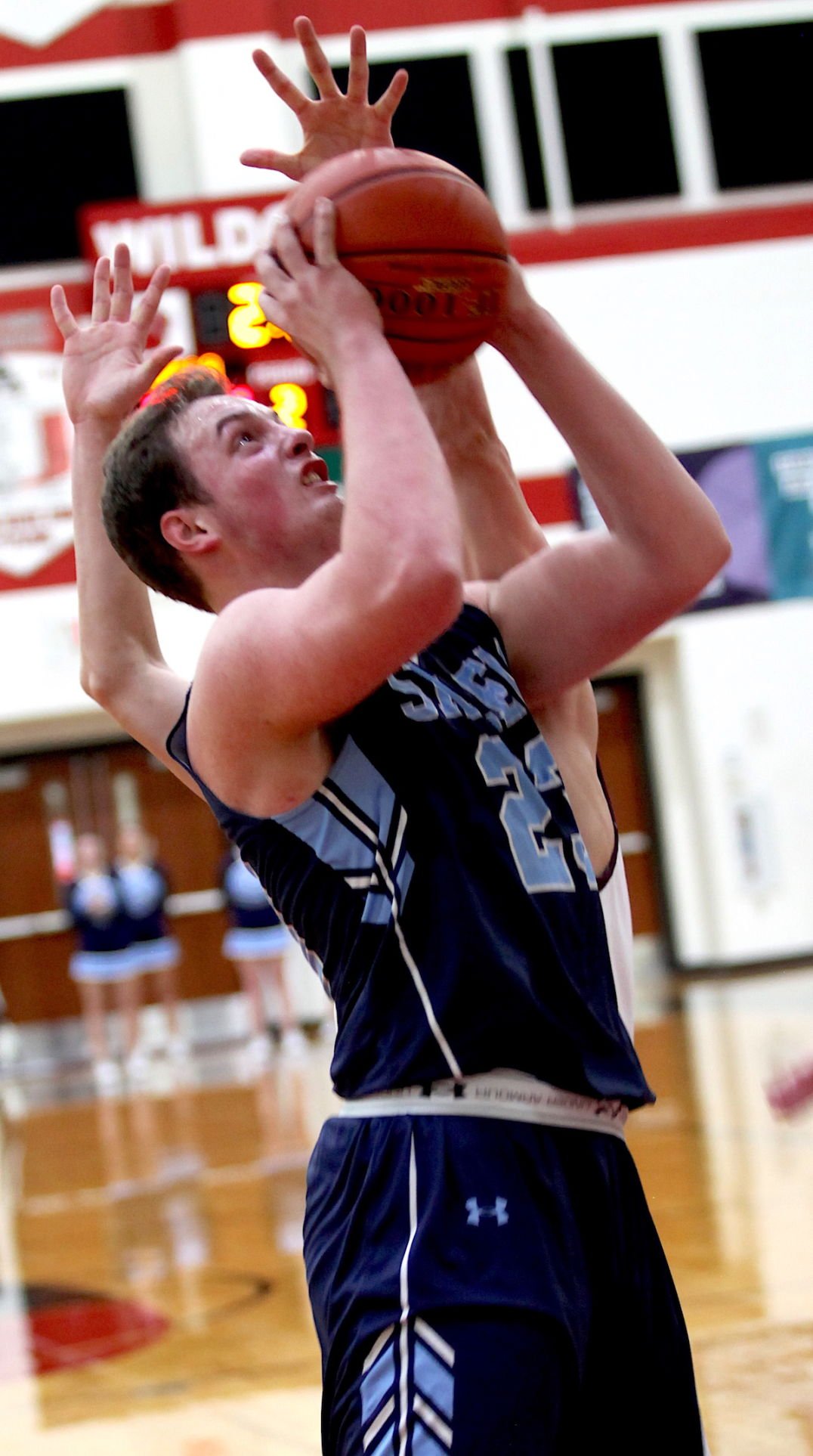 Salem senior Carter Chilton goes up for a contested shot during action Friday.

Salem senior Carter Chilton goes up for a contested shot during action Friday.

A furious second-half rally fell short for the second-seeded Salem High School boys’ basketball team, as the fourth-seeded Rolla Bulldogs held on to win 54-49 Friday, March 6 in the championship game of the Missouri Class 4 District 9 Tournament at Union High School.

Rolla (12-16) moves on to Class 4 Sectional action in its own backyard, as the Bulldogs will meet Jefferson City Helias Catholic (20-6) at 7:45 p.m. at Gibson Arena on the campus of Missouri S&T in Rolla. Helias advanced by beating Boonville 70-63 in the District 10 Tournament finals Thursday, March 5.

The Rolla/Helias winner will take on the sectional survivor between the District 11 and District 12 champions March 14 in quarterfinal action on the campus of Southwest Baptist University in Bolivar.

It is the fourth district championship in Mark Miller’s 12 seasons as Bulldog head coach. Miller is a 1980 graduate of Rolla High who won his 200th career game in the district’s first round.

Friday RHS bolted to a 27-7 lead early in the second period. And a three-pointer from the left corner by 6-5 junior forward Danny Foster with 1:11 left in the half gave the Bulldogs their largest lead of the game, 36-15.

Rolla took a 36-17 advantage into halftime.

The Bulldogs nearly cost themselves at the free throw line in the second half, hitting just 12-of-24 attempts over the last two periods.

That allowed Salem to make a run. Powered by nine points from 6-4 senior forward Carter Chilton the Tigers outscored Rolla 17-5 in the third period, as Rolla had just one field goal in the quarter.

As RHS suffered through its free throw woes, Salem crept closer, and a three-pointer off the right baseline by senior guard Reese Dodson following a Rolla turnover at the :59 mark cut the Tiger deficit to one point, 50-49.

The Tigers would never gain the lead, however, as RHS senior guard Colby Shivers hit one of two free throws with :41 left and then made a steal with :28 remaining and was fouled. He hit both free throws to make it a four-point game.

With 16 seconds left Bulldog senior guard Muluken Pritchett made a steal and was fouled. He hit 1-of-2.

The Tigers rushed up court and got off a three-pointer, which was off the mark, sealing the RHS victory.

Dodson had 17 points in his final game for the Tigers.

Check thesalemnewsonline.com for an updated story.