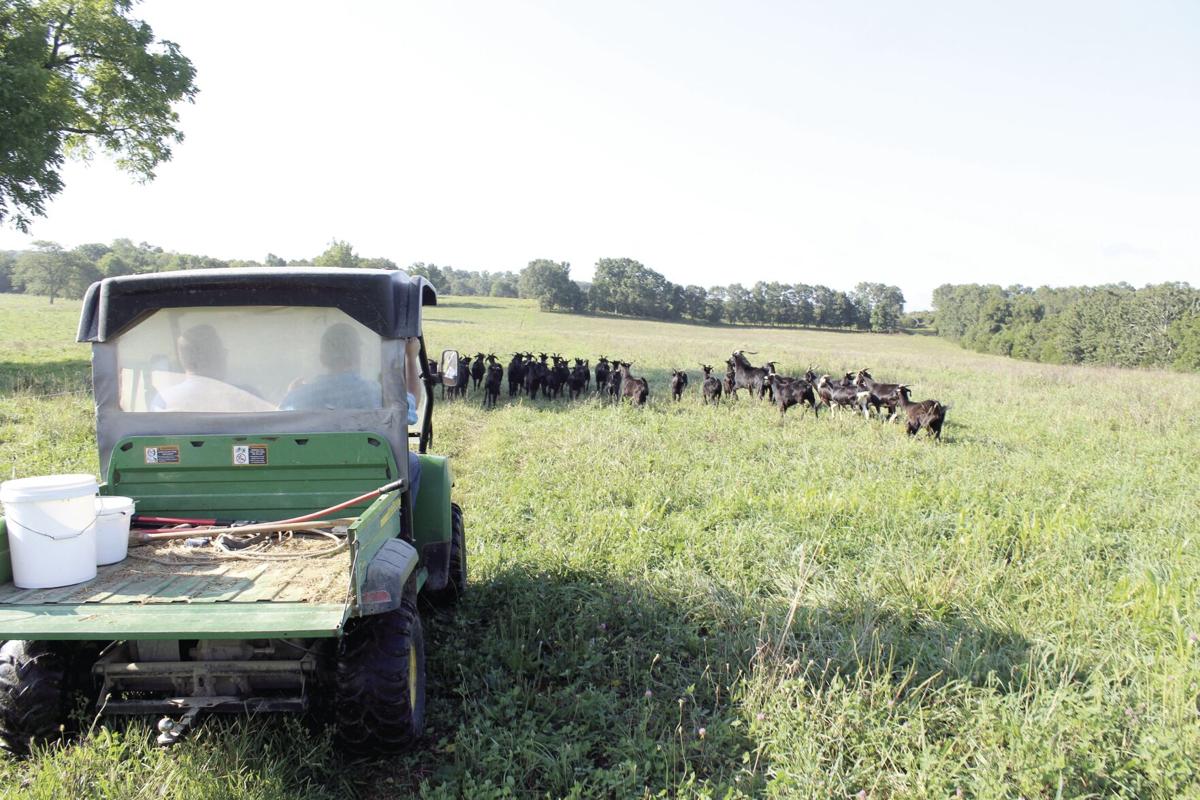 La Quercia Viva farm where Louis and Marva Maring keep goats as well as lamb and beef. Pictured in the side-by-side are Louis Maring in the driver’s seat and his passenger, congressman Jason Smith, who visited the farm Aug. 31. 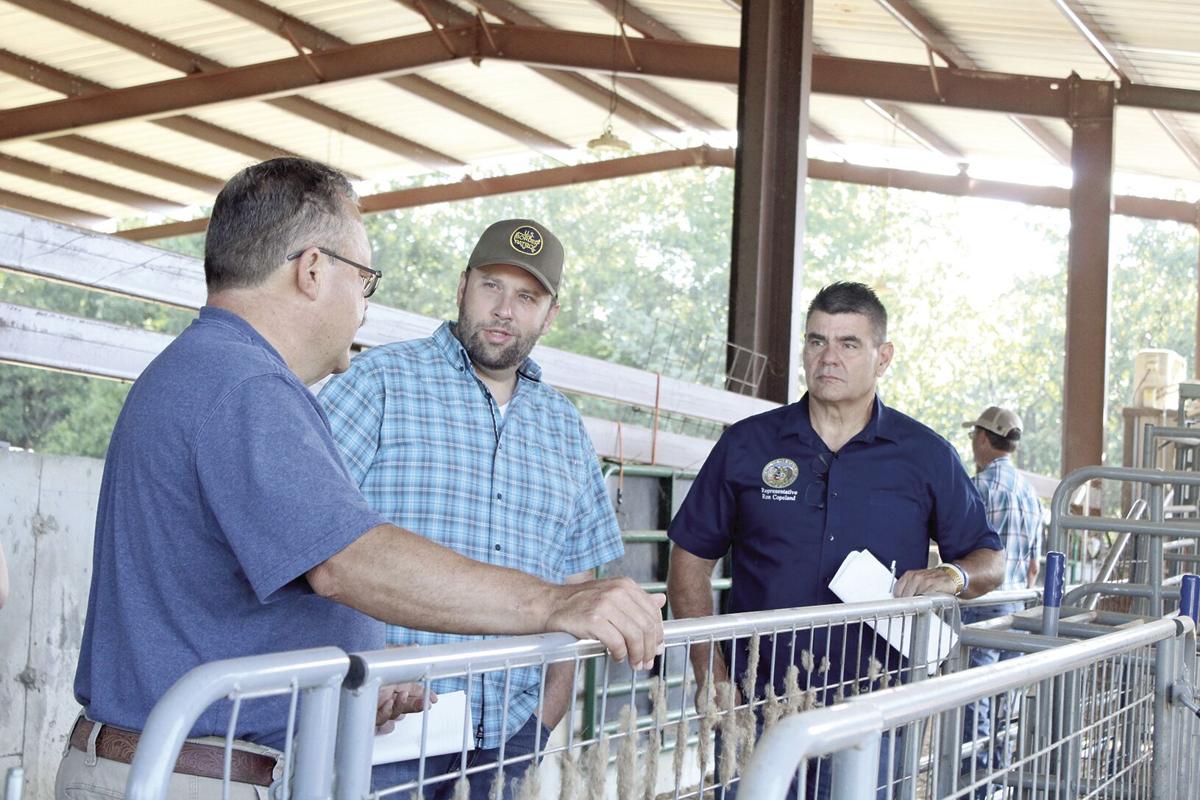 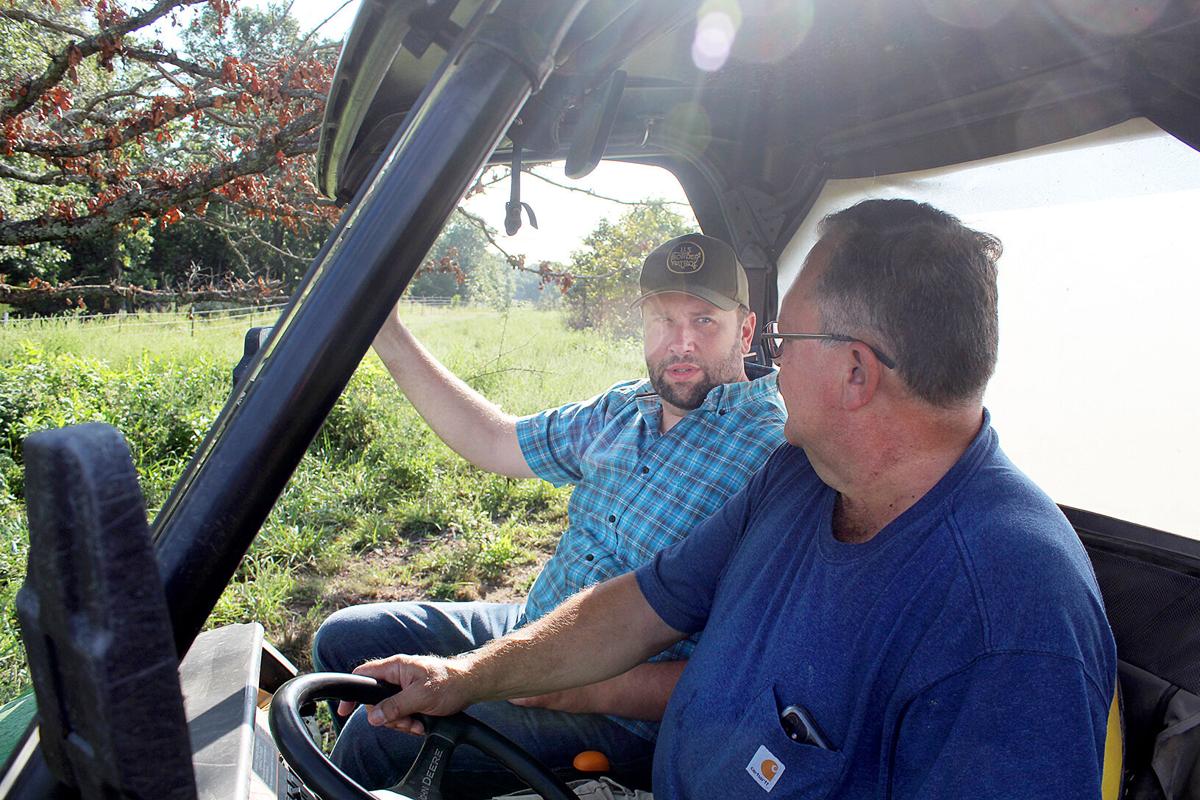 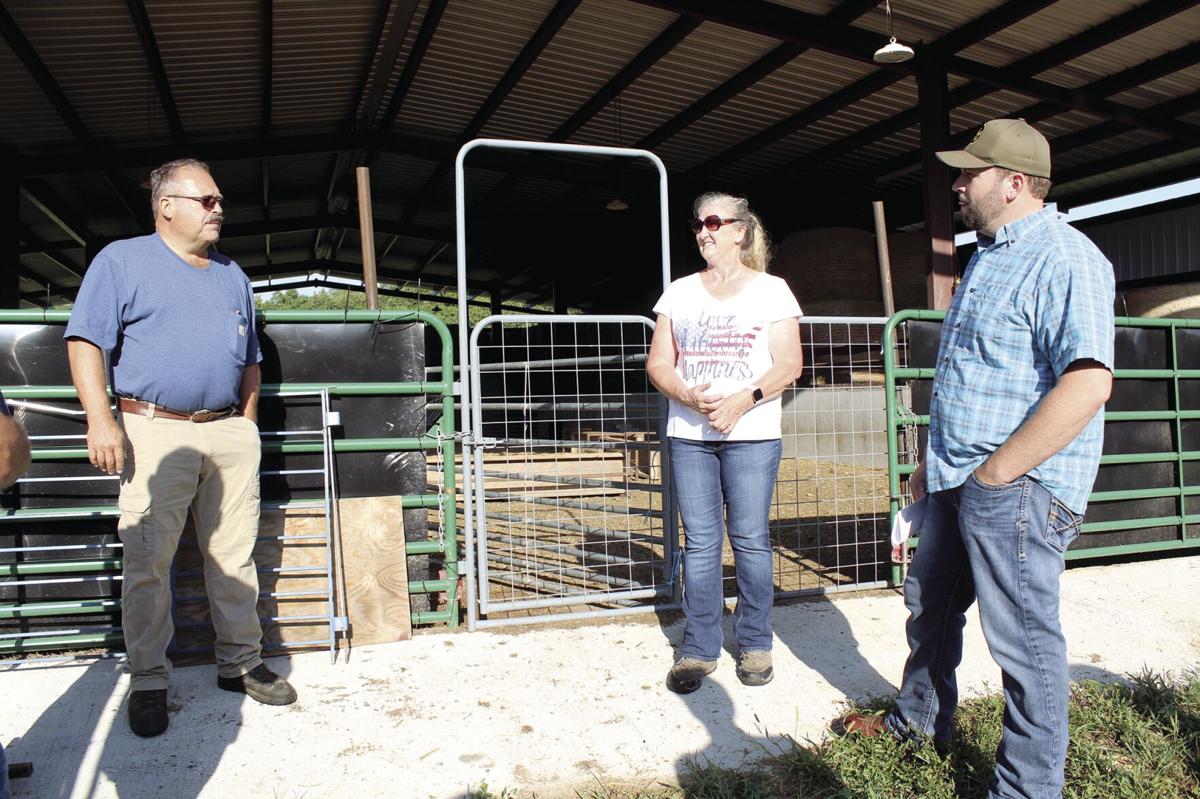 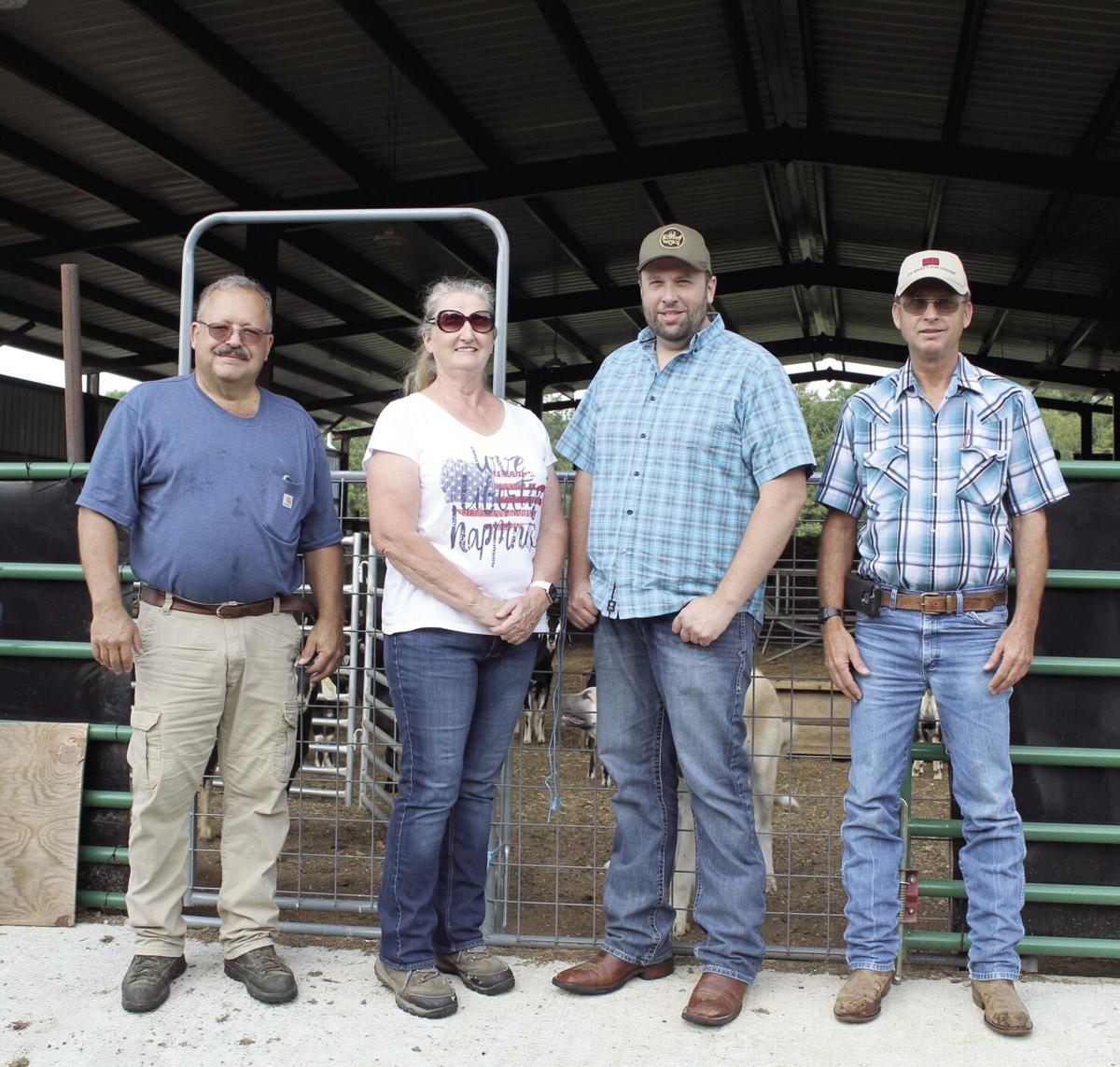 La Quercia Viva farm where Louis and Marva Maring keep goats as well as lamb and beef. Pictured in the side-by-side are Louis Maring in the driver’s seat and his passenger, congressman Jason Smith, who visited the farm Aug. 31.

Chevon, also known as goat meat, is the most popular meat on the planet. Somewhere between 60 and 75 percent of the planet eat goat as a regular part of their diets. That global popularity in addition to the diverse diets of goats makes them a profitable and sustainable livestock.

That’s one of the reasons that Louis and Marva Maring decided to raise goats as well as sheep and beef on their farm, La Quercia Viva, in Dent County.

Goats have a well-known reputation for eating just about anything, and that reputation is well deserved. According to the Marings, the versatile diet of goats make them ideal for living off of native plants in the Ozarks, because they love eating the plants and grasses that spring up in the undergrowth, and graze alongside beef, making them a sustainable and useful addition to any farm.

The farm’s name, La Quercia Viva, is inspired by the oak forests of the area. It means the live oak.

The Marings keep spanish goats, a breed that roughly 15 years ago only had around 50 breeders worldwide. Now there are more than 350 breeders. The Marings have spent a lot of time perfecting their craft. They are constantly learning more about how better to utilize their land for their goats.

The Marings have 215 acres they currently utilize effectively, and they have a neighbor with another 600 acres they will be able to expand onto when necessary.

Louis and Marva Maring both grew up on farms and have each had their own respective careers. Then they started La Quercia Viva.

“Right now we have around 60 does (female goats), I hope to get us up to around 350,” said Maring when talking to congressman Jason Smith during the congressman's visit to the farm last week.

“I’m looking forward to seeing what you get done out here,” said Smith, who was generally supportive of the Marings’ operation. Maring gave Smith the full tour, including a side-by-side ride around the farm to showcase the work he has been doing.

Smith visited La Quercia Viva as part of his farm tour, which is a circuit around Missouri for him to visit constituents that he represents in the 8th district in U.S. Congress, which includes Dent County.

During Smith’s visit, Louis Maring brought up a legislative concern that he has for military veterans.

“The way the law is right now doesn’t allow veterans to use their VA (Veterans Affairs) loans to purchase farms because they are considered businesses,” he said. Maring indicated that he would like to see that issue addressed by legislation.

“I think it would really help veterans establish second careers after they get out,” said Maring. Especially in light of the fact that a lot of soldiers have a hard time reacclimating into civilian life. Maring indicated he believes that farming would be both therapeutic and financially secure for veterans if they could just get started.

Smith indicated to Maring that he was aware of the topic. Smith’s staff had already spoken to Maring, and Smith has been doing a bit of research into how that change might be able to go into effect.

The Marings are natives of the Great Northwest and moved south to the Ozarks of Missouri after they retired. They’re goal: to be a sustainable entity of forage managers, managing our forage with grazers. The Marings consider the work they do at the farm to be a blessing and a responsibility that they take seriously. What they call being caretakers of God’s creatures and gardens.

My how holiday times have changed.