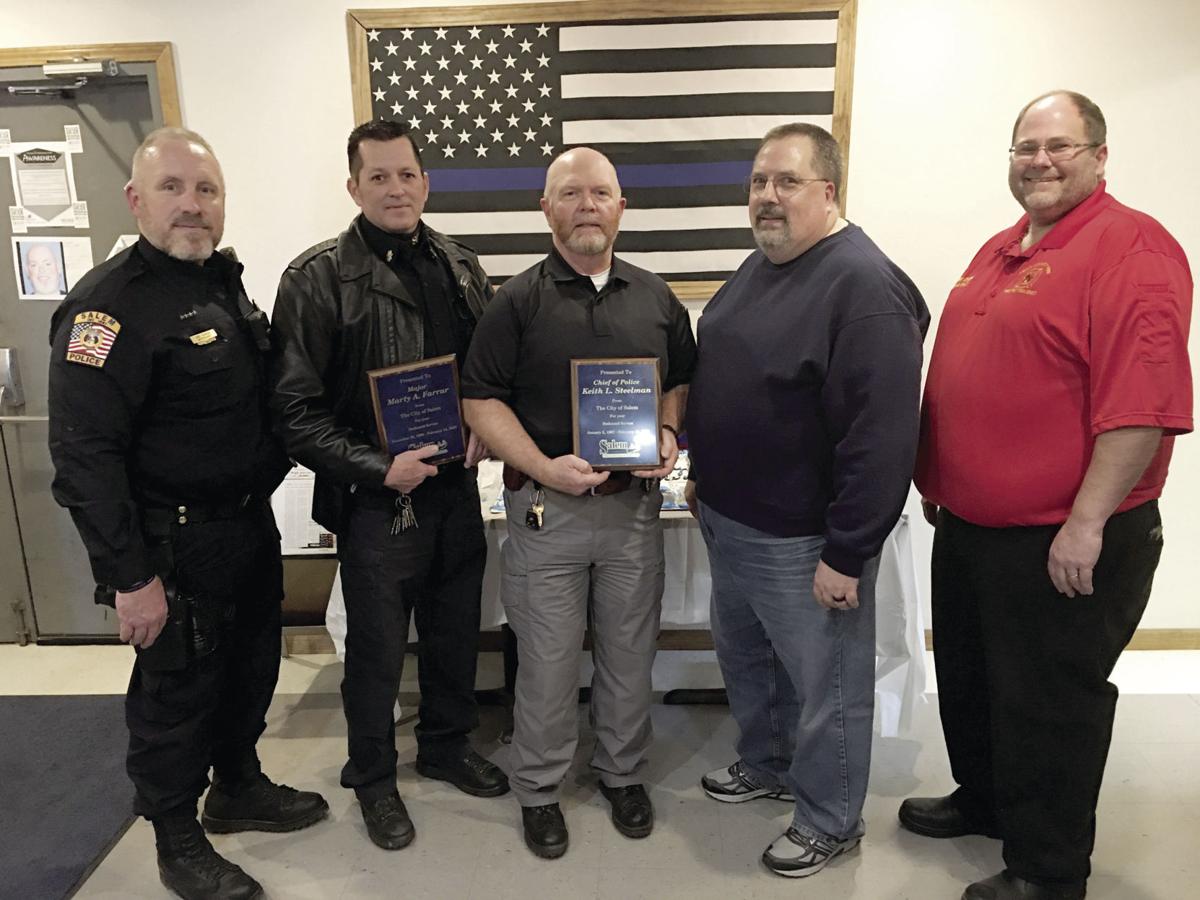 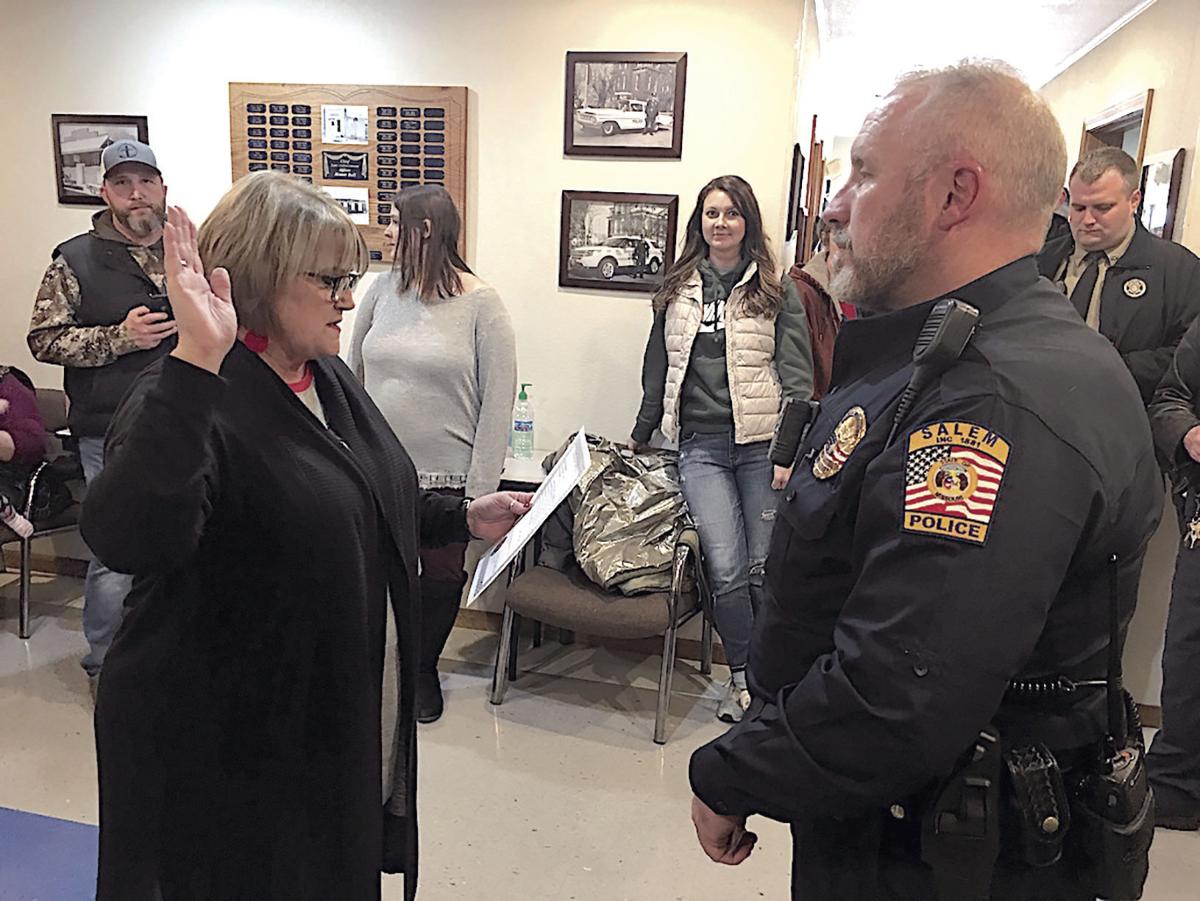 There was a changing of the guard Friday when Joe Chase was sworn in as Salem police chief during a retirement open house held for retiring chief Keith Steelman and major Marty Farrar. Steelman joined the department in 1987 and Farrar in 1990. Steelman took over as chief in 2010. Chase has been with the department since 1997 and has served as sergeant since 2011. Pictured at the ceremony are, from left, Chase, Farrar, Steelman, city administrator Ray Walden and mayor Brad Nash.