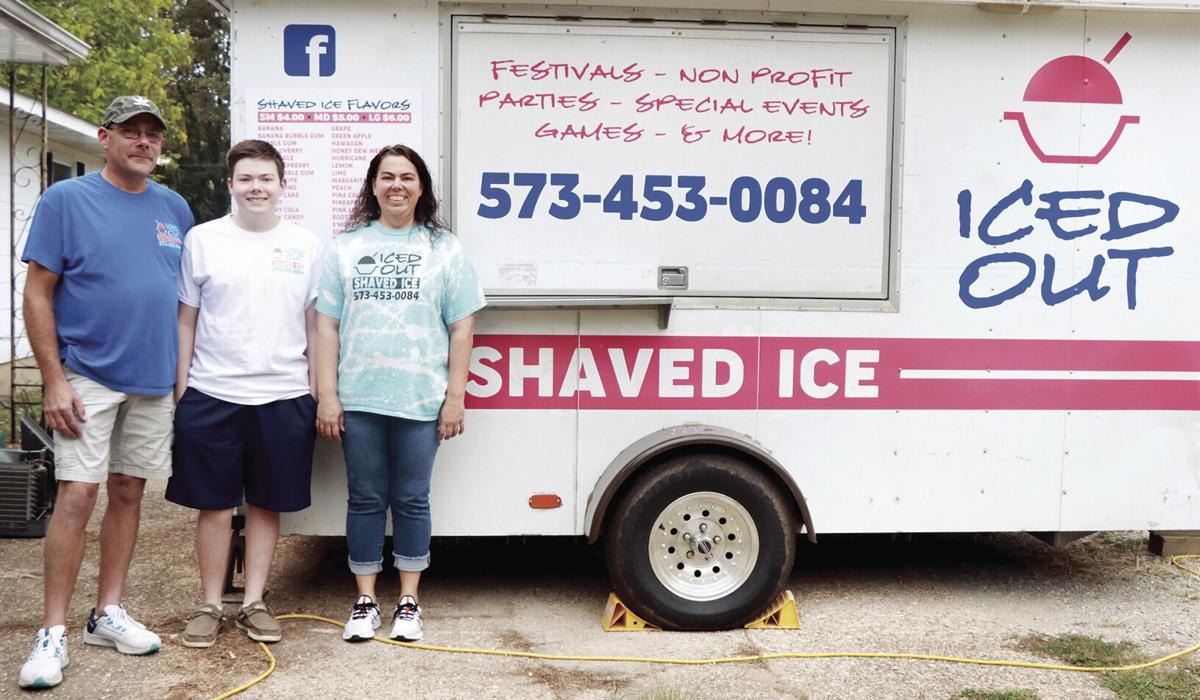 Eldo, Blayne and Julie Canaday stand near the Iced Out Shaved Ice truck in their driveway. 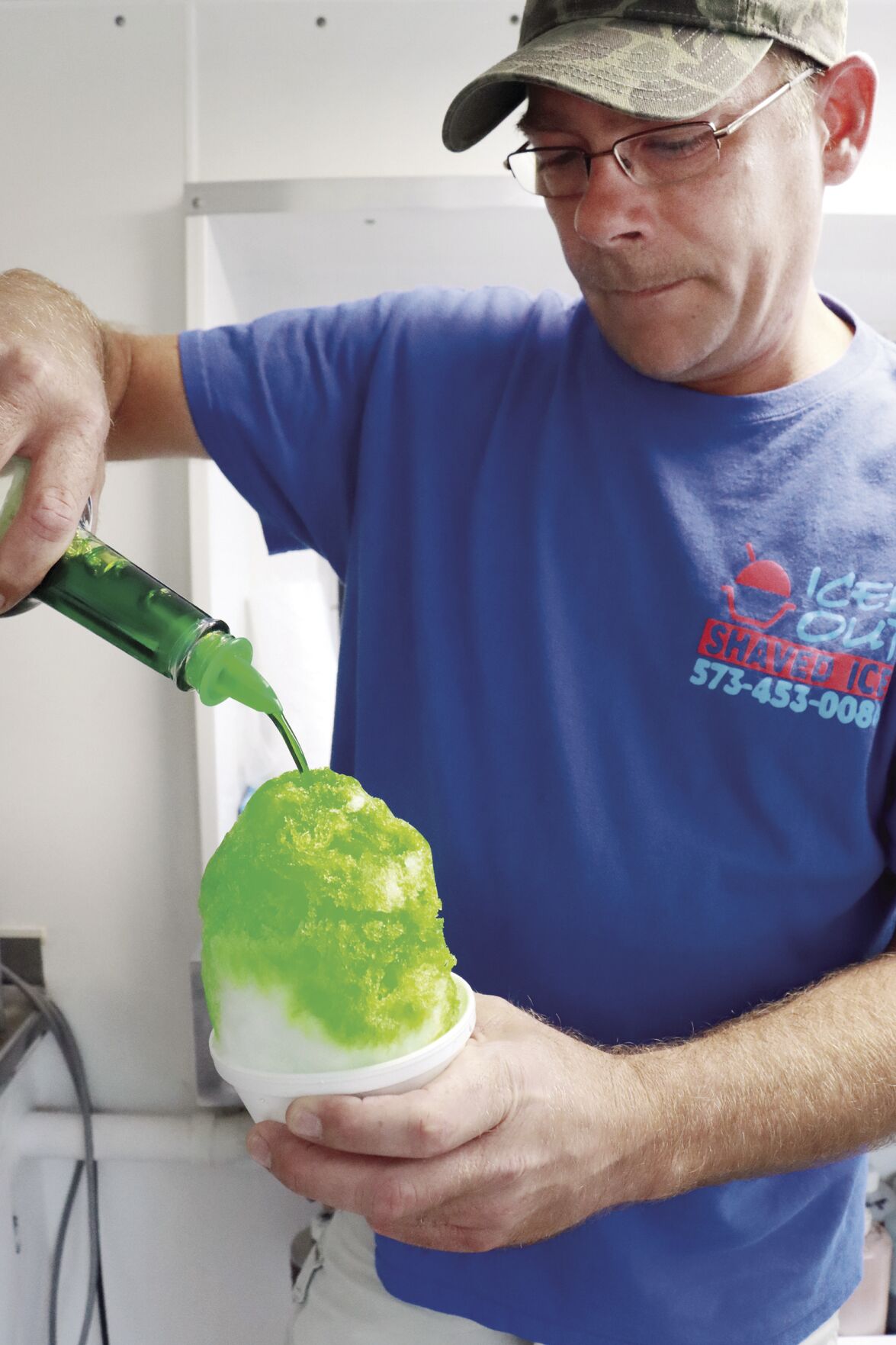 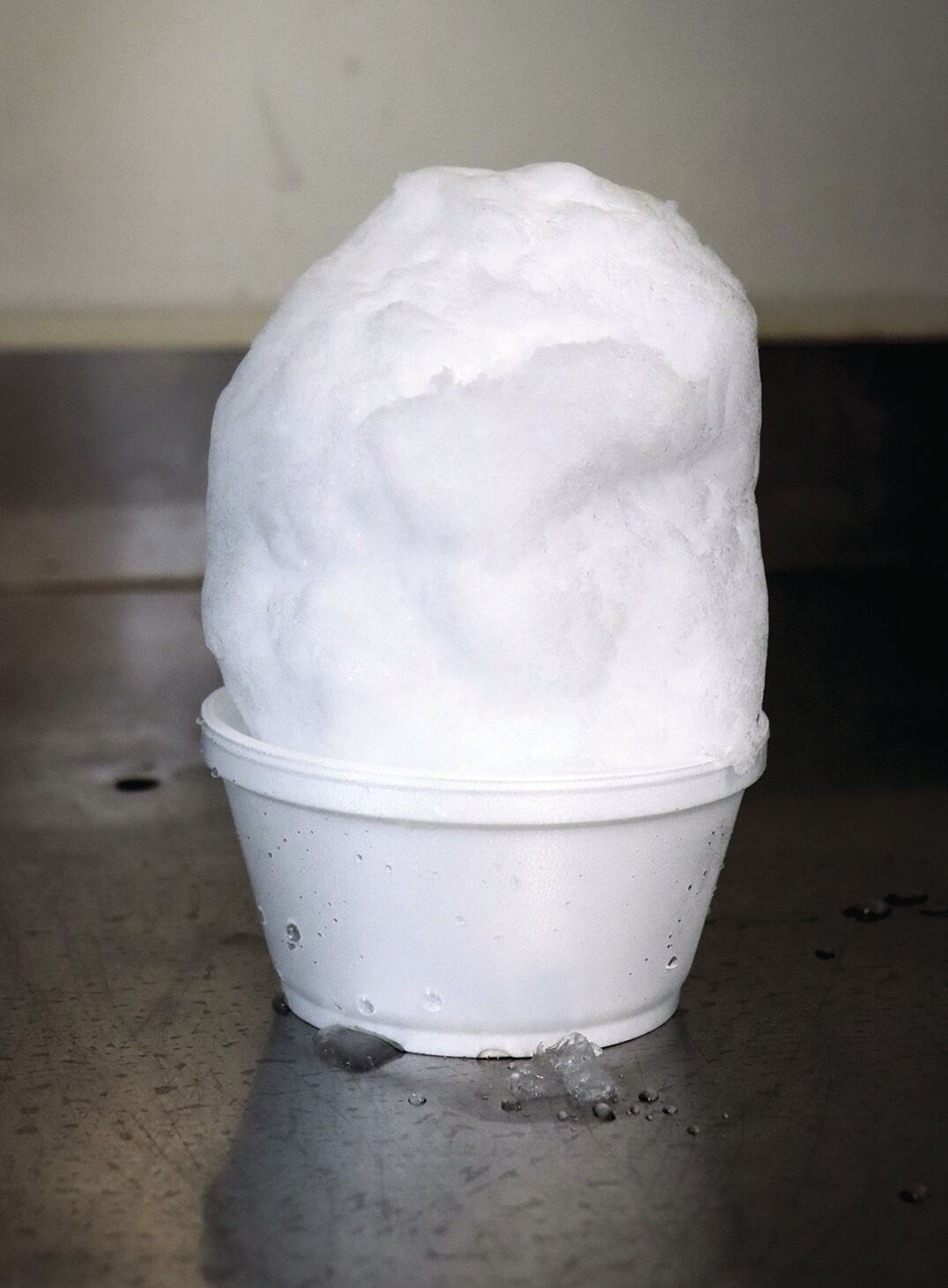 A mountain of shaved ice waits for flavor.

Eldo, Blayne and Julie Canaday stand near the Iced Out Shaved Ice truck in their driveway.

A mountain of shaved ice waits for flavor.

This story is the second in a series on food trucks operating in Dent County.

Labor Day weekend of 2020 was the inaugural trip for Iced Out Shaved Ice in Salem.

Purchasing from Robbie Perkins, Wentzville, the Canaday family took a note from Lulu’s Shaved Ice and Creamery, owned by Perkins, and bought one of his trailers for use in Salem and surrounding areas.

Operating mostly nights and weekends, the family of three offers over 40 flavors of shaved ice.

Shaved ice is literally, as it sounds, shaved from a large six-pound block of ice with a machine in the trailer. It isn’t crushed or shredded, as snow cones often are.

The blocks of ice are brought from Lulu’s in Wentzville, and shaved as people order from Iced Out’s trailer at events or at the regular spot in the parking lot near Aranda’s Mexican Restaurant.

Perkins and Eldo work together on home remodeling projects, and Eldo had assisted at a couple of shaved ice events with Lulu’s when the trailer became available for purchase.

The Canaday family, married for about 15 years, and son Blayne, visit fairs, parades, vendor fairs, birthdays and about anything in between offering a variety of flavors, including some toppings and sugar free options.

The busy season is typically between April and October, serving on average 100 or so shaved ice cups on a hot, summer night. There are three sizes available, and a mini for those who just want a taste of the delicious treat.

Long-term plans include a storefront location and maintaining the trailer for events.

When asked about the name, the two chuckled and said it came to them in a brainstorm trying to find a unique name to fit the real shaved ice.

They expressed the overwhelming support of the hometown Salem crowd, often seeing repeat customers for their favorite flavor.

“They pull up and we start making it because they always get the same thing,” said Eldo.