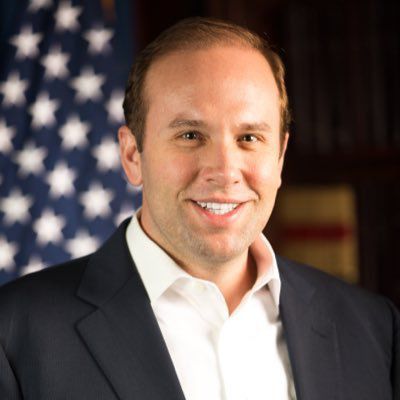 Washington Democrats and their allies in the media have internalized this advice so well that their playbook is completely predictable. Over the past two weeks, we’ve seen tragic shootings in Atlanta and in Boulder, Colorado. My heart breaks for the victims of these shootings, and the criminals who committed these acts deserve to face the maximum punishment available.

But before the investigations were complete and before the motive was known, activists already decided that America is a violent, racist nation and new gun control laws were needed. As we’ve seen so many times before, these narratives collapse completely under closer inspection.

Let’s look at the facts: Federal law already requires background checks on every single commercial gun purchase in America. Any licensed dealer is prohibited by Federal and state laws from transferring a gun to a prohibited person. Careful review of the facts surrounding recent mass shootings shows that nothing Democrats have called for would have prevented these tragic events. Both shooters underwent background checks and purchased their guns legally. What their policy priorities would do is violate the 2nd Amendment rights of law-abiding citizens.

After many high-profile media personalities blamed angry white males for the shooting in Boulder, we learned the shooter was a 21-year-old from Syria who regularly posted his anti-Trump, pro-Islam views online and was known for his history of violent outbursts. After many of these same figures suggested the Atlanta shooter targeted his victims because of their race, we learned the suspect had previously been treated for sex addiction and that appears to be the most likely motive for his crime.

None of this has slowed Washington Democrats’ push to restrict the 2nd Amendment rights of law-abiding Americans. Recently, I was proud to stand up to support Americans’ constitutional rights by voting against H.R. 8 and H.R. 1446, bills that would delay legal firearm purchases and take the first steps to creating a national gun registry. If either one of these bills became law, it would be the equivalent requiring sober drivers to pass a breathalyzer to crack down on drunk drivers.

As if these bills aren’t bad enough, there are proposals that are worse still. Rep. Sheila Jackson Lee (D-TX) has introduced H.R. 127, the Sabika Sheikh Firearm Licensing and Registration Act, which would require every firearm in America to be registered. I will do everything in my power to ensure this bill never sees the light of day.

In fact, I actually believe we should make commonsense changes to laws that unnecessarily restrict the 2nd Amendment rights of Americans, specifically members of the United States Armed Forces. For that reason, last week I joined Senator Josh Hawley in introducing H.R. 1858, the U.S. Military Right to Carry Act to ease the burden active duty military servicemembers face when renewing concealed-carry licenses. This legislation allows servicemembers to renew their permits by mail and requires states to treat members of the military equally to state residents in issuing concealed carry permits. The job of the men and women of the U.S. military is to keep us safe, and there is no reason their right to carry should be denied or inhibited just because of where they’re stationed.

The residents of the State of Missouri can rest assured I will always fight for their Second Amendment rights.