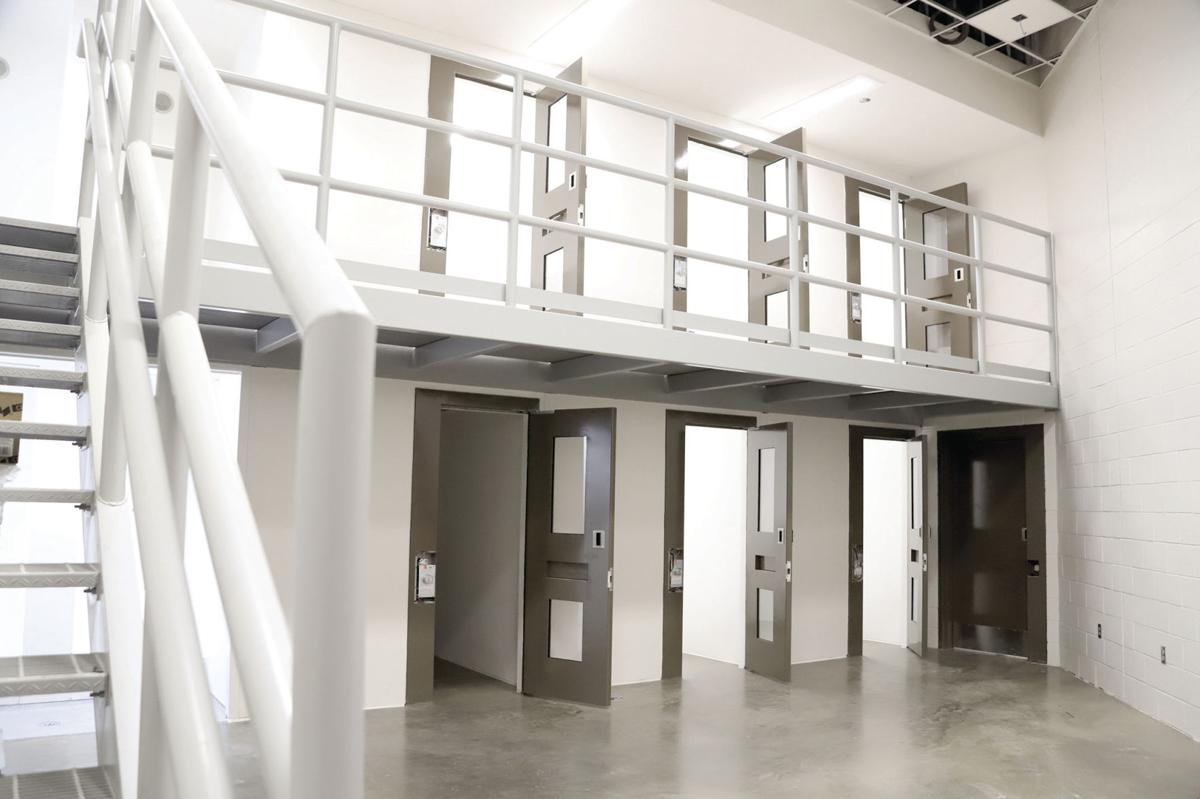 Work is nearing completion on the new Dent County Jail. Shown here are two levels of cells on the main floor. 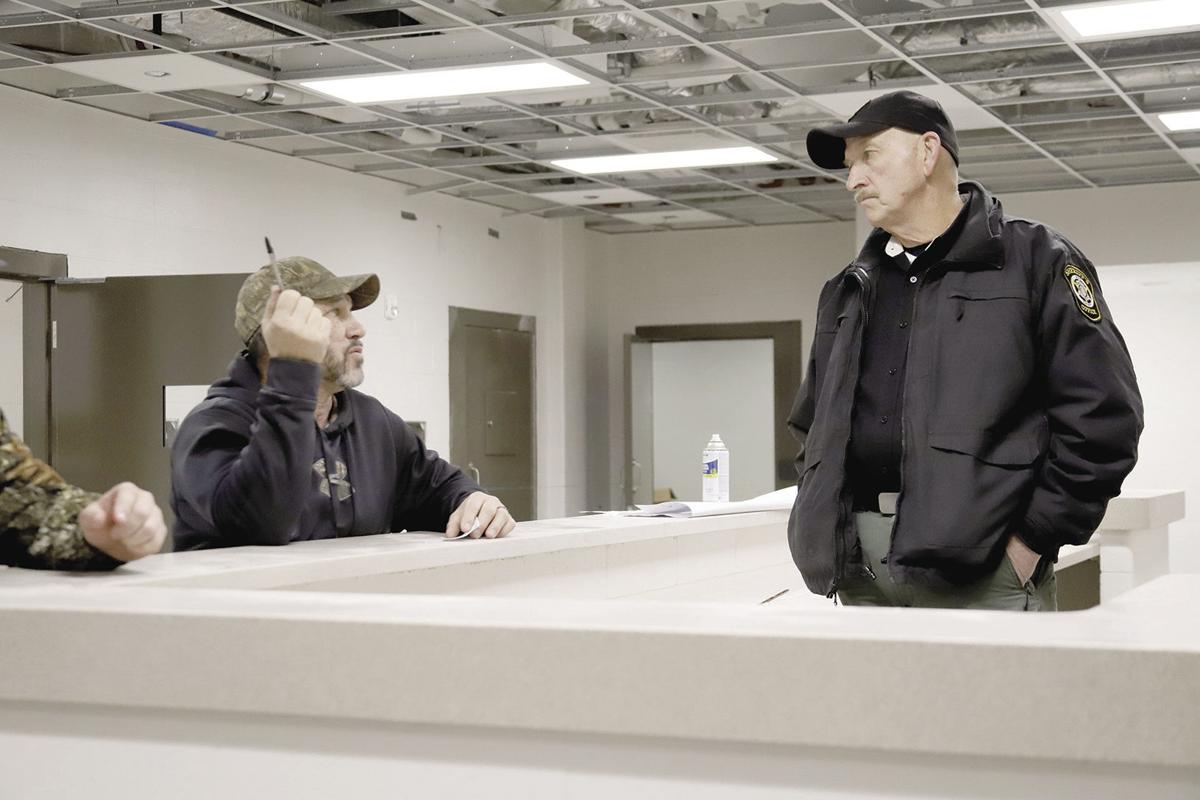 Sheriff Bob Wells, right, gets an update on construction. 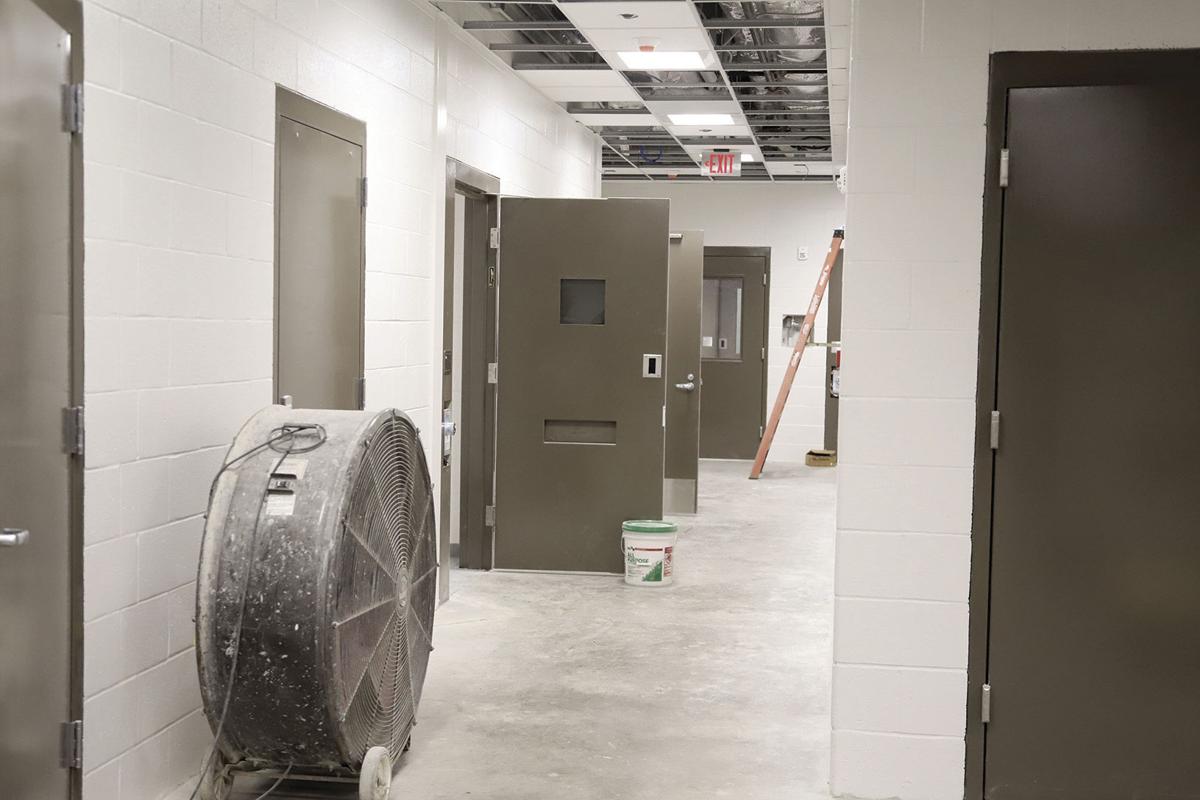 Work is nearing completion on the new Dent County Jail. Shown here are two levels of cells on the main floor.

Sheriff Bob Wells, right, gets an update on construction.

The new Dent County Jail is moving closer to completion with an opening date possibly next month.

“I think we’re still looking probably at the first part of March,” Sheriff Bob Wells told The Salem News. “I’m not sure what the day or week will be. They’re still saying we’ll take possession of it then, unless something bad happens weather-wise or we run into a glitch somewhere.”

According to a project manager’s report filed with the county commission in late January, all concrete for the project has been completed. Electrical equipment has all been installed and Meyer Electric has started installing the security electronics, along with tubing for the fire/smoke detection in the cells.

Another contractor is installing fixtures and water service lines in the mechanical room, along with water heaters and softeners and insulated piping behind the cells, the report states.

Ceiling tile is scheduled to be done this month. Painting is complete on both levels. Prost Builders has been cleaning the floors on the upper level. Sealing was to begin once traffic could be kept off the floor for a few days.

“I think they’re still working on the security electronics part of it, then they’ll have to put the ceiling in because that involves wiring over the ceiling,” Wells said. “We have a body scanner to put in yet. We have a live scan that does our fingerprinting for people when they come in and get booked into jail.” Equipment also still needs to be installed in the interview room.

At the time of the report, Noah Detention was installing the padding in two cells on the lower level and also installing cell locking devices on the upper level, as well as glass in the upper level doors. Once the floors are sealed, Noah will return to install thresholds and furniture.

“They’re coming right along,” Wells said. “The kitchen equipment is all there. It hasn’t been installed yet, but it’s sitting in place so they have to hook it up.”

He added, “They were polishing the floors the last time I was over there. They’re putting some sort of sealer on those. So, they’re starting to button it up.”

Working is continuing on detention caulking on the upper and lower levels. Fiber cement panels are being installed all the way around to the sallyport end of the building, where prisoners are brought in, the report said. Signage still needs to be installed both inside and outside of the building.

Presiding Commissioner Darrell Skiles said he is pleased with the progress being made on the new facility.

“It’s coming along real well,” he said. “We’re real happy. It’s been so much easier and smoother than I ever envisioned possible.”

Just a few small items remain to be done.

“We want to make sure they’ve got all these things done and taken care of and in good shape before we open because once you’re in there, people are in the way of getting stuff done,” he said.

The commission is scheduled to hear another update from the project manager Feb. 20.

From a budgeting perspective, this is the first year money is being set aside for jail operations. The county has budgeted $1.38 million in the new jail construction/operations fund and another $454,000 in the construction trust fund for bond payments.

Both funds get their revenues from a pair of half-cent sales taxes passed in 2017. Another $300,000 is set aside to cover any additional expenses in completing the $12.89 million jail.

“This first year is going to be a feeling-out process,” Skiles said. “We’ll know a whole lot about all that at this time next year.”