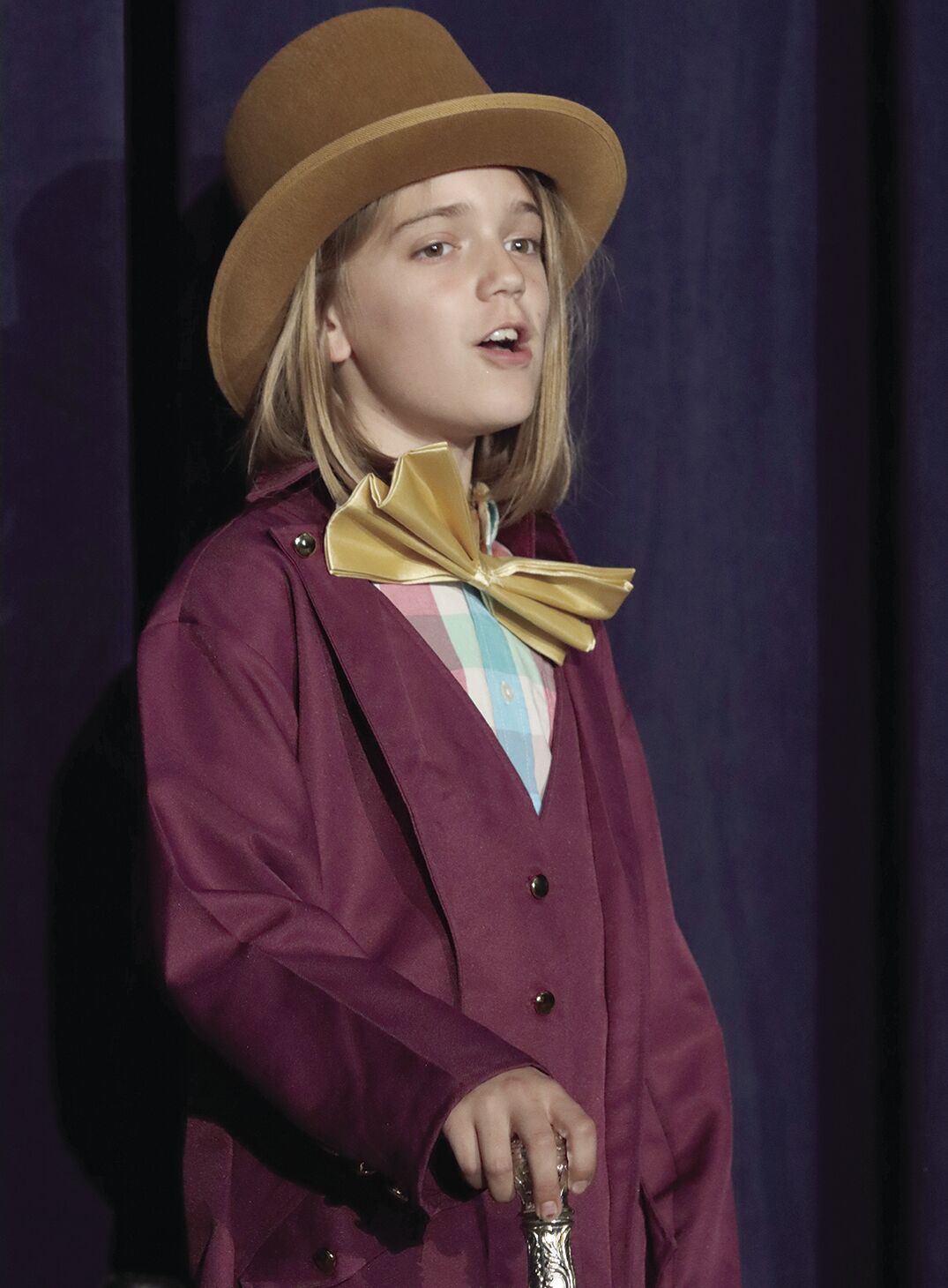 Willy Wonka (Cameron James) guides the children on a tour of the candy factory. 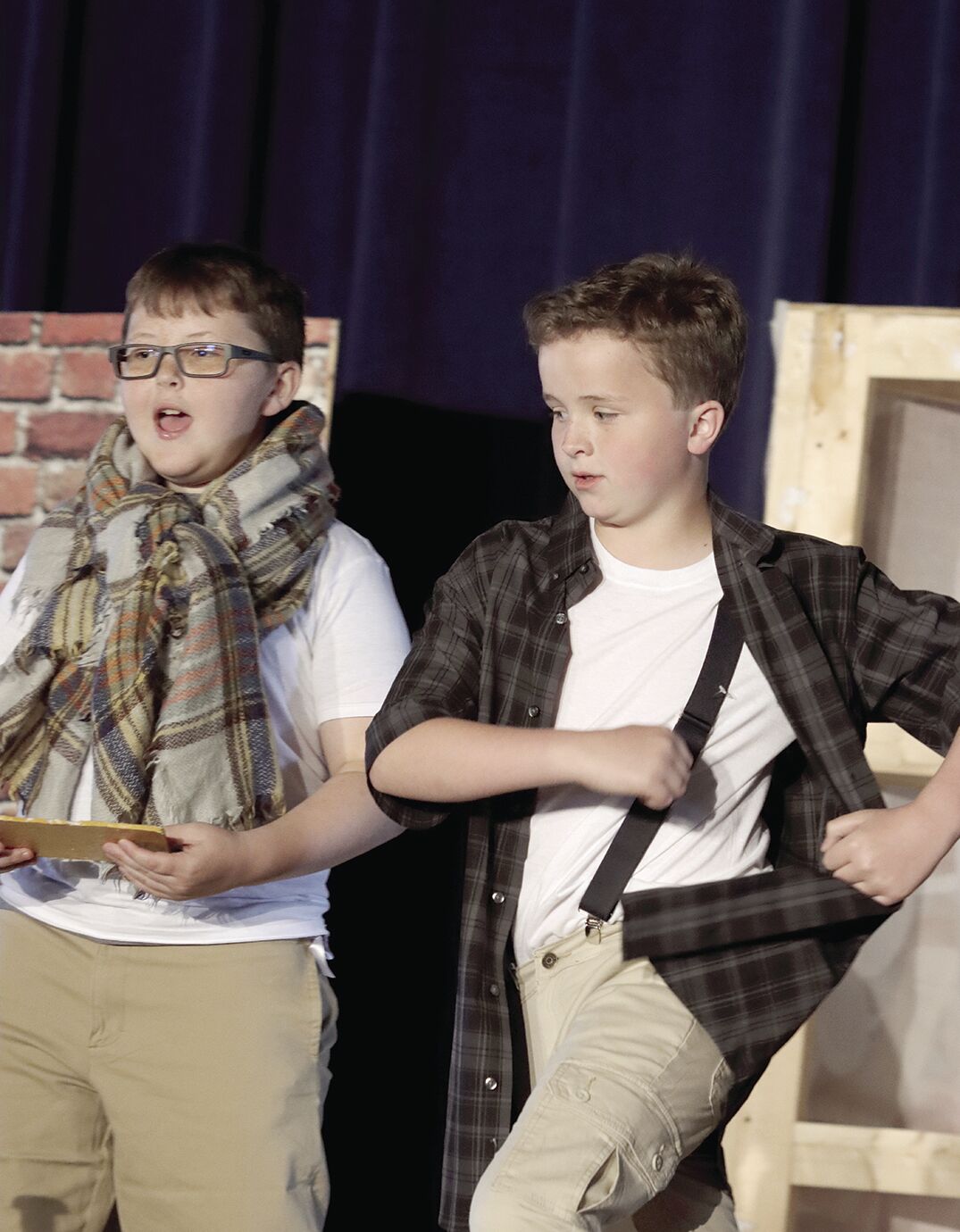 Charlie (Colby Malone) and his grandpa (Kavan Toman) sing about their golden ticket. 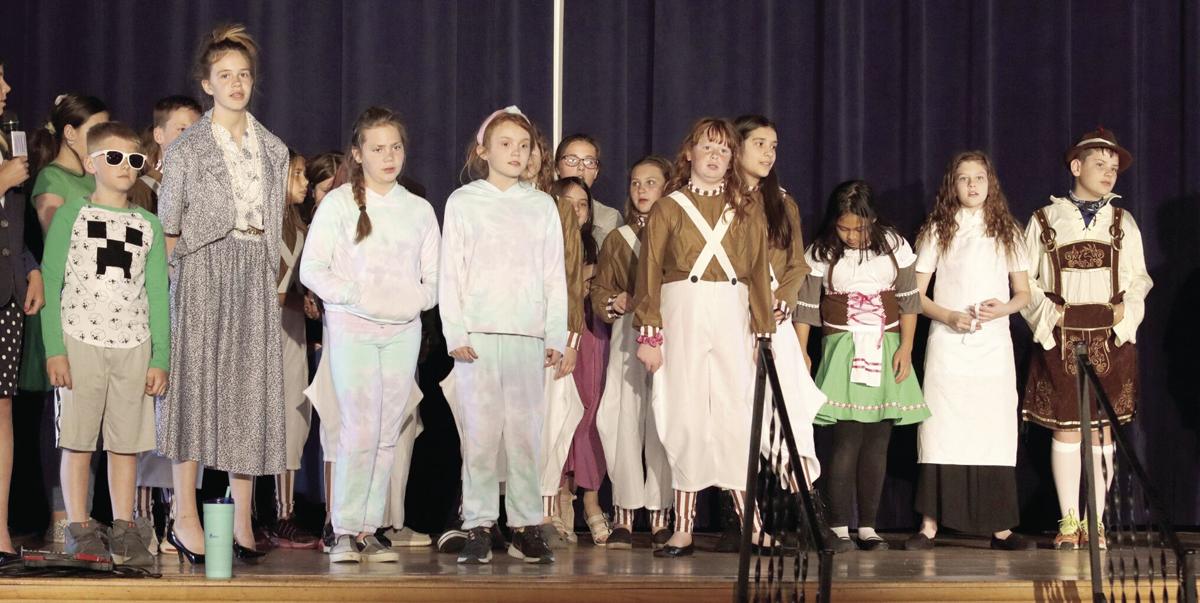 The cast comes together for several numbers.

Willy Wonka (Cameron James) guides the children on a tour of the candy factory.

Charlie (Colby Malone) and his grandpa (Kavan Toman) sing about their golden ticket.

The cast comes together for several numbers.

This is the third performance of this caliber. Mary Poppins, Jr. and Annie, Jr. were presented in 2019 and 2020, respectively. A cast and crew of 42 are in the current production. Current fifth grade teachers, along with assistance from former fifth grade teacher Kristen Stites and freshman student Neely Leathers contribute as well. Shannon Phelps, music instructor at Salem Upper Elementary and William Lynch Elementary directs the production. Phelps took on the task of the plays when she began in Salem as a teacher.

The junior programs are condensed versions of the classics bearing the same name. Some songs from the original movie or play are used, as well as some new numbers. Each performance is around an hour.

Willy Wonka, Jr. follows the enigmatic candy man Willy Wonka on a tour of his factory, along with visitors who have won the golden ticket.

Wonka, played by Cameron James, takes the mostly-bratty children and their parents on a journey through the factory complete with Oompa-Loompas, and issues arise around every turn.

Scenes, props, and costumes are created by volunteers or purchased with donations from supporting businesses and community members.

Cast and crew include:

Countless hours of practice and preparation culminate in a great lesson for students. . . . hard work does pay off. If you have the chance, the production is a delight for children of all ages, three to 93.

Tickets have to be pre-purchased and will not be sold at the door. Contact Salem Upper Elementary School for tickets, 729-4812. Salem Civic Theatre is located at 202 North Washington Street.