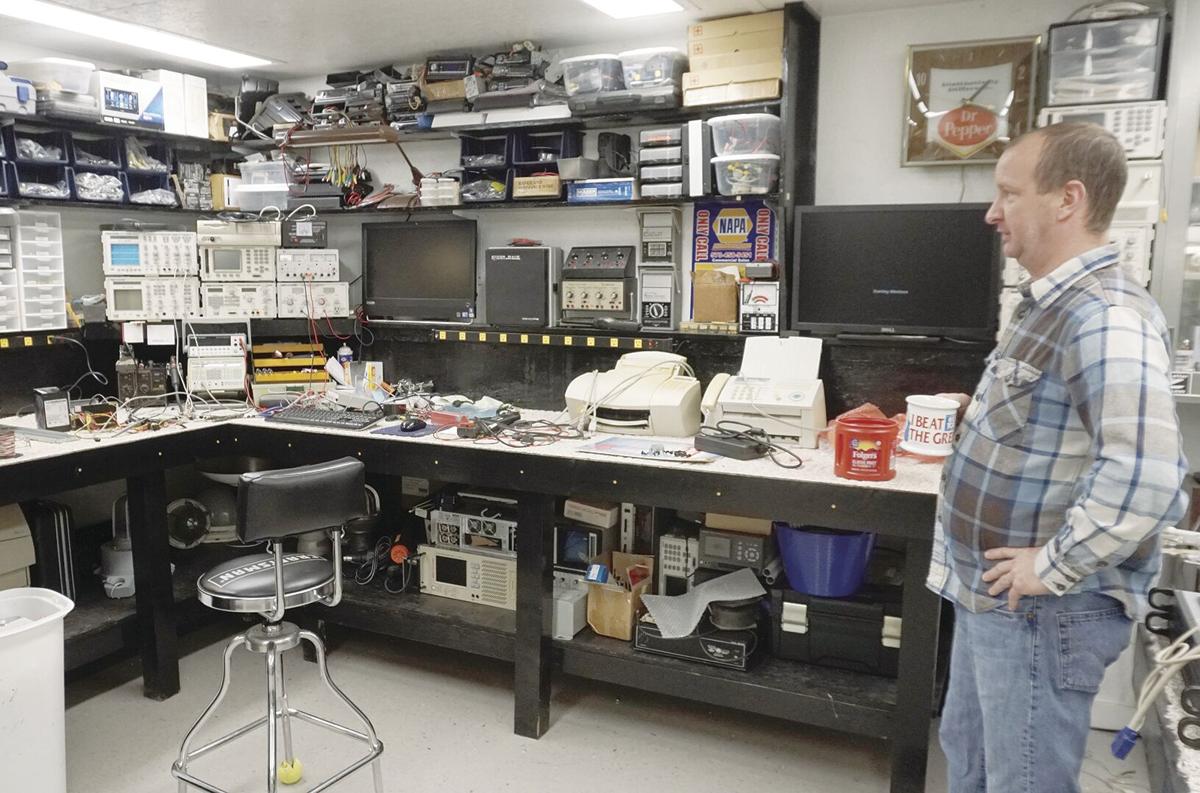 Chris Passalacqua giving a tour of his workshop. 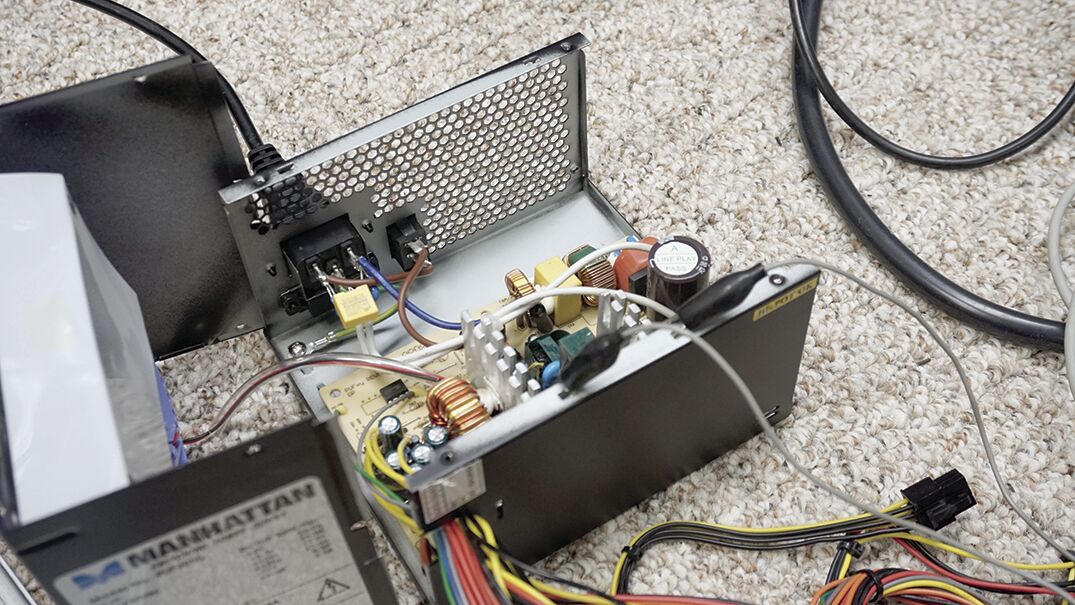 This is what Chris Passalacqua described as a power supply autopsy. 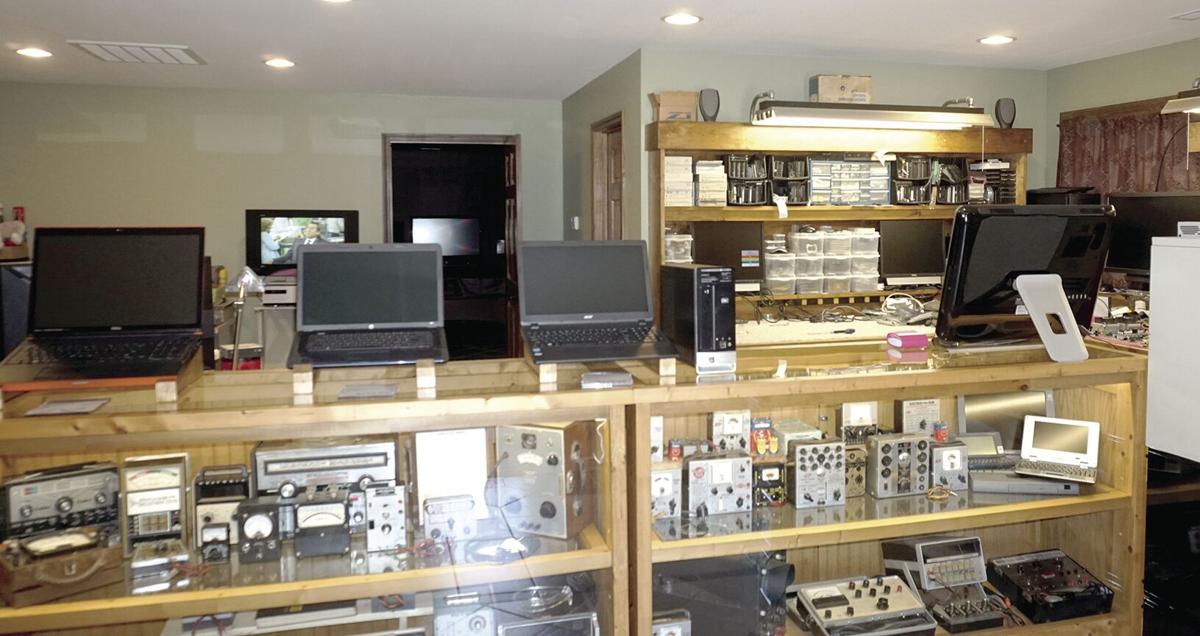 Chris Passalacqua giving a tour of his workshop.

This is what Chris Passalacqua described as a power supply autopsy.

If you walk into the Technology Junkyard on a given day, you’ll see a variety of old tech scattered about the front room. You might see some old computer towers picked up from a business that didn’t need them anymore and a variety of other tech with a variety of different purposes.

“Some of this stuff that’s on display, I used to use back in the ’90s,” said owner and technician of Technology Junkyard, Chris Passalacqua.

Technology Junkyard is located on Highway 72 a few miles north of Salem.

Passalacqua has been in the technology business since 1991 when he started working on TVs and VCRs as a hobby. He said that he liked doing it so well, “I decided to try and figure out how to make money doing it,” he said.

A few years later Passalacqua expanded to working on computers and other technology, which evolved into him establishing his primary business, badcaps.net in 2002, which is an online business dedicated to the component level repair of computer hardware. That business is not tied to a brick and mortar location, but has become the parent company of Technology Junkyard.

Passalacqua bought and first started using his current location on Highway 72 in 2005.

In 2019, Passalacqua said that he figured, he already had a pretty good location, he might as well open up to the public. So, he did just that back in 2019.

“You never know who might walk through that door,” said Passalacqua, and for him that means he never knows who might bring in a piece of useful or interesting old technology.

Passalacqua does a little bit of everything when it comes to technology. From electronic repairs to electronic and technology disposal, as well as certified data destruction. He also works to repurpose or recycle the tech components in responsible ways. His website states that one of his company's biggest objectives is keeping tech out of landfills.

“If it can be refurbished/repaired and then re-homed, that's the best form of recycling there is; keep it functioning and useful versus trashing and replacing.”

Passalacqua’s workspace is one part junkyard and one part private museum. Looking around you can see stuff that we still use today, plus some tech antiques – old power supplies, transistors, old car stereos, maybe even a TV from the 50s that he has repaired.

Passalacqua said that he loves what he does, that’s why he has done it for so long.

“You know, they say do what you love and you’ll never work a day in your life,” he said. But also, according to him, even if he were to try to get out of this line of work, his fascination with technology keeps pulling him back in.

“It’s kind of a Godfather thing,” he said, referencing Francis Ford Coppola’s 1972 Academy Award winning movie, The Godfather. Meaning that even if he wanted to stop tinkering with technology – which he wouldn’t want to stop – he couldn’t.

Passalacqua said that he loves the challenge of trying to figure out what’s wrong with things and how to fix them.

“I like trouble-shooting things,” he said. “No two pieces are quite the same.”

Passalacqua said that his workspace often looks like it’s filled with clutter, but according to him, “If your bench is clean, you’re not working hard enough.”